Earlier today my Wife and I drove down to Cheltenham but instead of driving straight down the M5 from Droitwich we detoured via the picturesque village of Winchcombe which was once the centre of the ancient kingdom Mercia.  The first six images are of The George Inn which is reputed to be the oldest original building in Winchcombe and was used by the Abbott of Winchcombe Abbey to house visiting pilgrims.

Today the George Inn has been converted into individual cottages. Access to these dwellings is through the archway in image one and down a steep alleyway. This LINK gives details of how the original building has been converted. 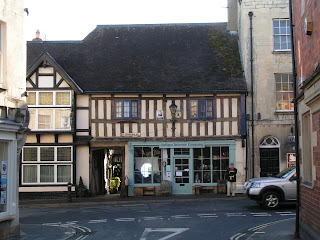 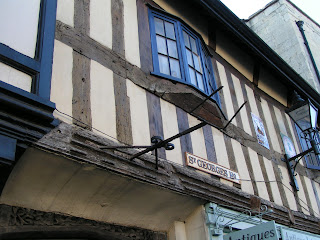 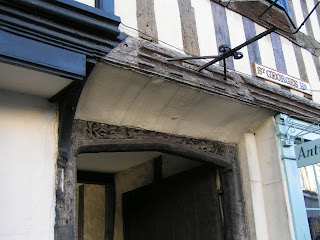 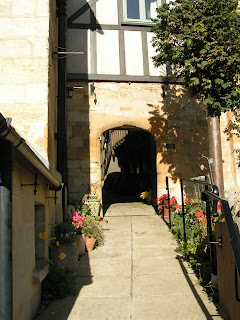 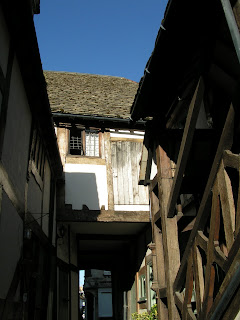 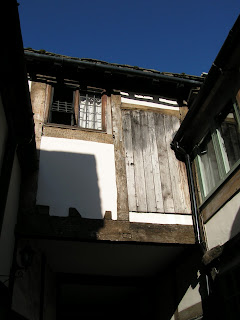 Further into Winchcombe we saw some interesting timber-framed houses, some of which are detailed below. 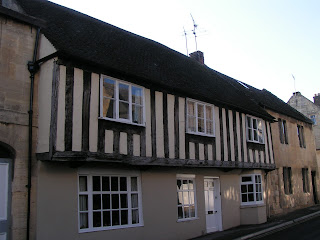 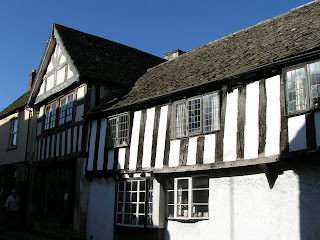 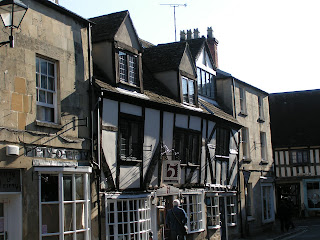 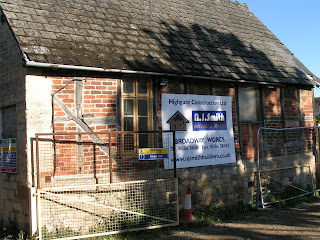 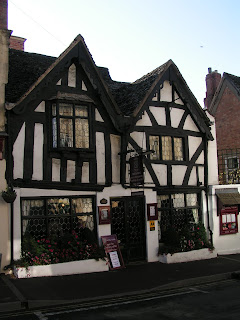 On our return to the car which was parked next to Lloyds Bank (reputed to be the site of the original settlement) I passed a small toy store and was struck by the beautiful internal stone work - Cotswold honey-coloured stone. Upon closer examination I saw that the main stone beam across the fire and holding up the chimney breast had been repaired with metal strapping. I spoke to the owner of the store who said that it had happened soon after the fire had been completed and the wrought iron repair has lasted hundreds of years!

For more details see THIS LINK

We drove from Winchcombe over Bishops Cleave (which has some fantastic views of Tewkesbury) and down into Cheltenham where we spent most of the day shopping before having a very good 'all-you-can-eat' Chinese Buffet Lunch.