In part five I have added images of what I think are some of the most entertaining models - the 'What-if's' or Fantastical Aircraft that were on display. They range from actual aircraft with alternative colour schemes or markings to Luft 46 'paper planes' and even a couple of film stars or film props.  I hope you enjoy looking at them as much as I do. My favourite part of visiting the IPMS show is seeing such models. 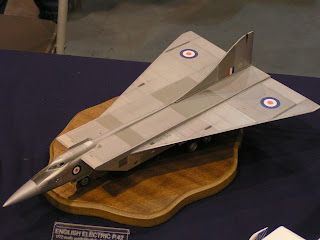 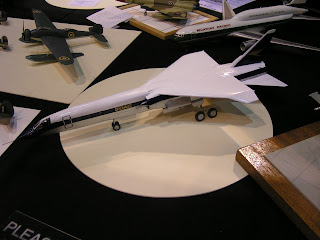 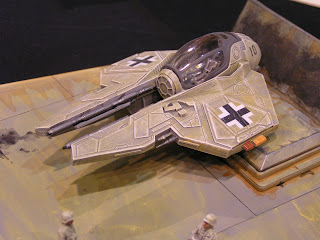 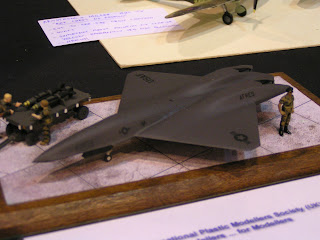 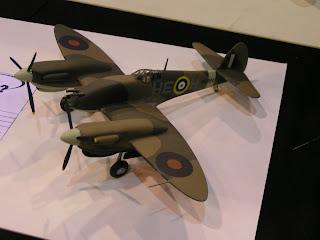 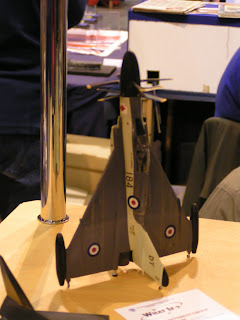 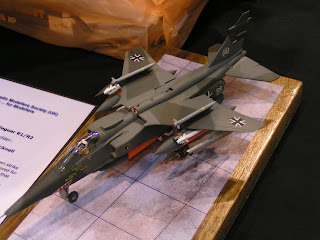 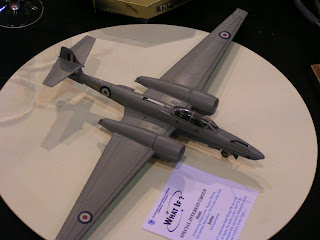 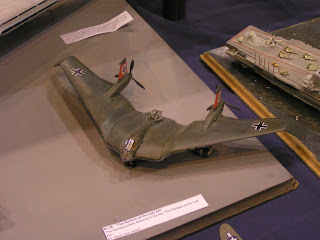 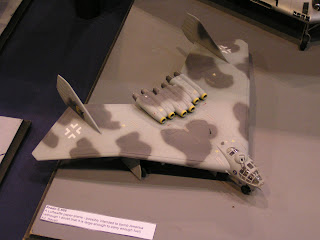 A couple of aircraft from Porco Rosso. 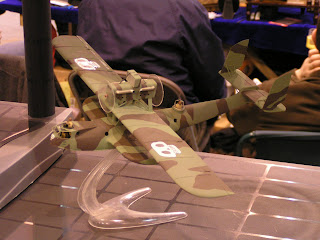 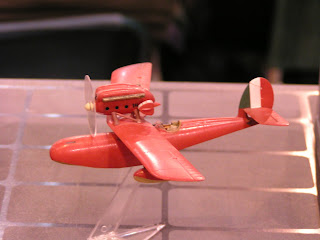 Not sure about this one - it could be a What-if, or an actual aircraft. 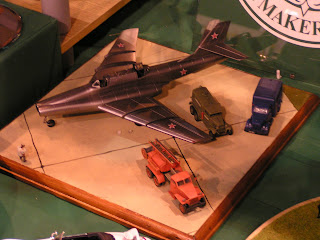 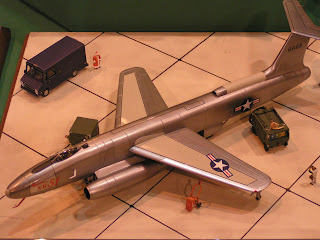 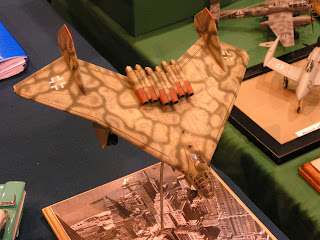 TSR2's One of my all-time favourite aircraft and I make no apologies for it being included in various colour schemes. 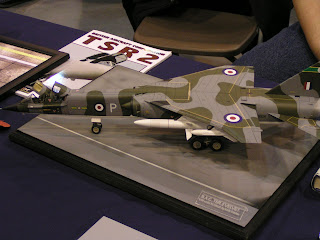 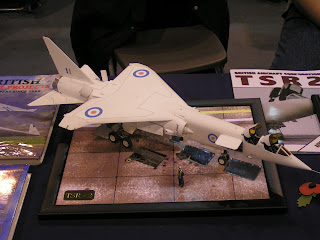 These two aircraft were on the British Secret Project Display which was crammed packed with gorgeous models. 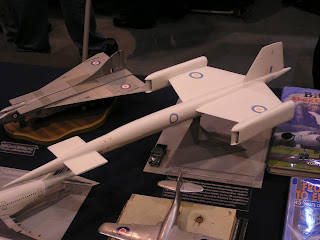 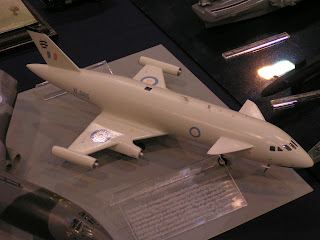 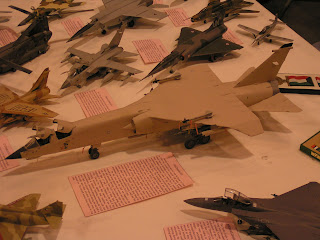 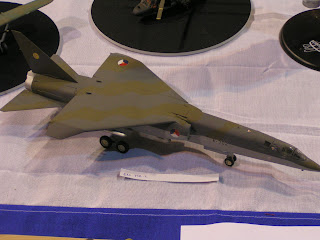 I would normally think twice before including an aircraft with such a blatant Nazi insignia, however this model was on the Acrobatic Display Team stand and I feel the modeller had done a great job of visualising what the Horten Flying Wing would have looked like if Germany had a Post-War Flying Display Team. 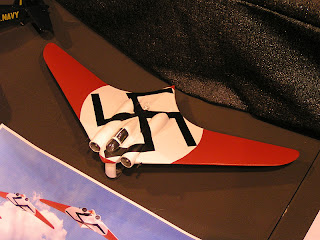 This was not a What-if but displayed as an actual aircraft! 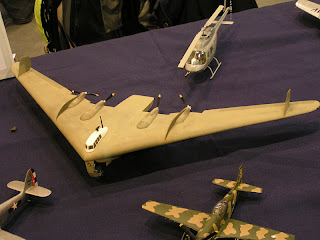 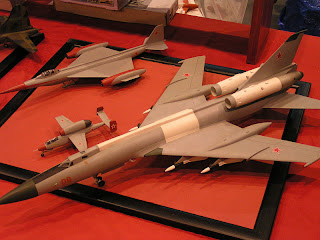 I have no idea of the historical accuracy of this flying test bed, but it does look fantastic. 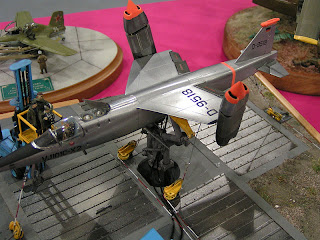 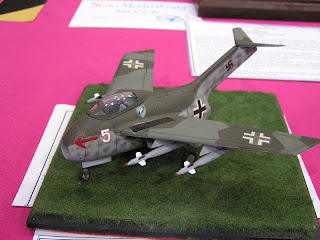 This Gloster Meteor has Turbo-prop engines and Israeli markings.  The actual aircraft did exist as a test bed, although not in these spectacular markings or as an operational fighter/bomber. 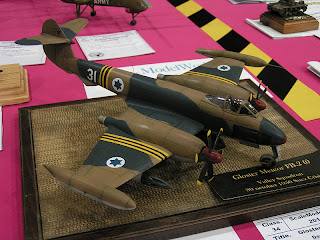 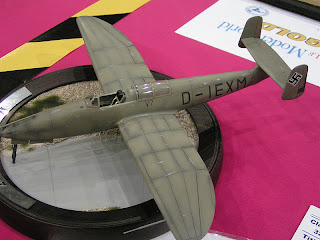 Finally a Russian Flying Sub, that was actually seen as a viable project. 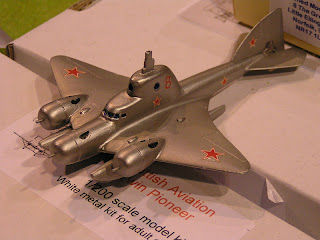 Regular followers will know that I regularly include images of 'What-if' and fantastic Aircraft on my Blog I feel they offer the modeller much greater scope than actual aircraft and loads more fun.

You, you've struck a chord with many of hese airplanes, I have followed step by step during its construction in "Whatifmodelers.com." Very good people with bright ideas. Thanks for the pictures.

Thanks Tony that was a great series of post, it made me come over all airfixy