NEW NEW NEW
At long last the range of 40mm American War of Independence/American Civil War resin terrain pieces are available to purchase. These are some of the very first resin castings painted for an advertising feature due to go to print this month and to be published in August.
The Covered Well AMC40-1 £6.00 (please note that although there are two painted models featured below there is only one in the pack). 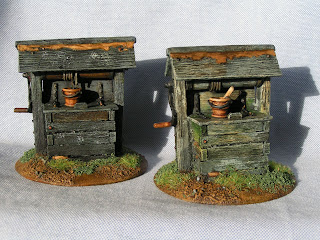 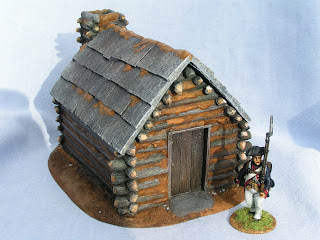 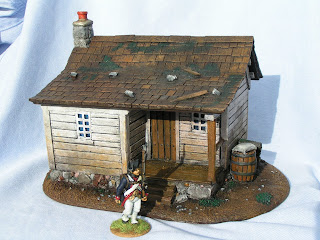 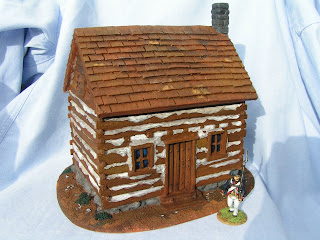 Hoskin's Farm Kitchen House AMC40-7 £22.00. Also based on the painting by Dale Gallion. 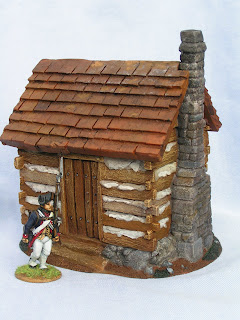 The resin models are available from;
Grand Manner, Unit B, Smiths Way, Saxon Business Park, Stoke Prior, Bromsgrove B60 4AD Tel/Fax; 01527 578766 or see the website; http://www.grandmanner.co.uk/ for more information and notification of new releases.

PS. Thank you to all those who have helped set this new venture up, in particular thank you to Dave at Grand Manner for all the support and advice.
Posted by Tony at 11:54

These look excellent.
I'll add them to the to buy list.

You gonna do any peninsular napoleonic style ones?

Wow those are very nice
For the future, Napoleonic is great, but what about... Colonial Africa?? I don't want to be a pain, but some colonial farm type buildings would be very nice