I recently picked up a mixed batch of Starblazer - Fantasy Fiction in pictures. The comic books are widely available on the Internet, check out E-bay. They were produced by D. C. Thompson in the 1970's and 80's and are a great read, filled with inspirational artwork (originals of which are sometimes also available on E-bay!)

The Secret War - issue 178. Including magic and Ork-like creatures, a good story with some interesting characters that could be used in a 'Space Opera' game. 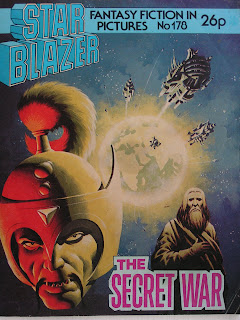 Return of Starhawk - issue 201. The return of a very famous character that has also appeared in The Crunch (see earlier posts). I like this character and the robot companion Droid, once again a good story and for anyone looking for a ready made hero, Rynn or Starhawk is ideal with loads of background information and back-story. 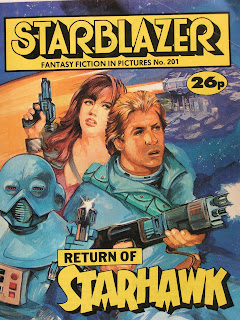 Here is the back cover illustration, offering a great villain Urga Thaad, a semi-human cyborg killer! 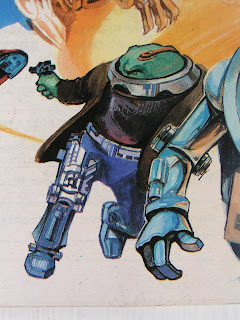 Cobra - issue 262. Very 'Judge Dread' in feel, but a twist in the story sees the hero visit a Victorian Science Fiction planet, see the three black and white illustrations below. Great VSF inspiration. 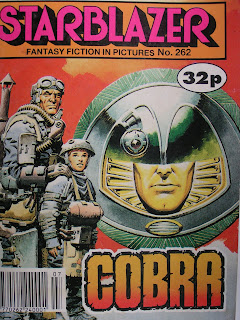 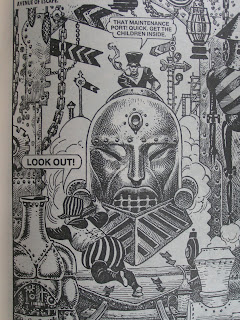 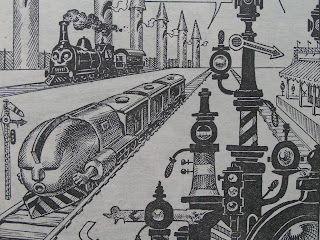 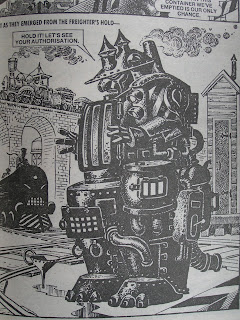 Finally, we have Alpha - issue 277. Again the story precedes later 2000AD stories and characters with a computer engineered private investigator called Alpha. Possibly the best story of the four. 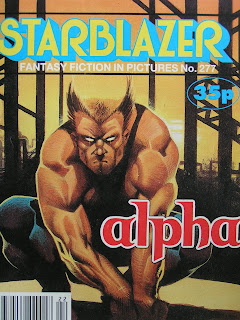 I enjoy searching these early British Sci-Fi magazines out and would recommend them as great entertainment.
Tony
Posted by Tony at 14:05

Tony, thanks for helping me recall some of the comics I read as a schoolboy :D
Starblazer along with 2000AD was a weekly pocket money purchase. Now I need to find my pile of old copies somewhere in the cellar...

Hey Tony glad you discovered a pile of treasure! Did you know there is a Starblazer roleplaying game called starblazer adventures that just came out packed with artwork from the comics and featuring writeups of all the major worlds, characters etc. It's designed to let you play any kind of space opera or sci-fi adventures. Have a look at www.starblazeradventures.com

This has me wondering if my cousin still has that huge pile of Eerie, Creepy and Tales from the Crypt that we used to ogle when we were kids. There was others in there too but their titles escape me.