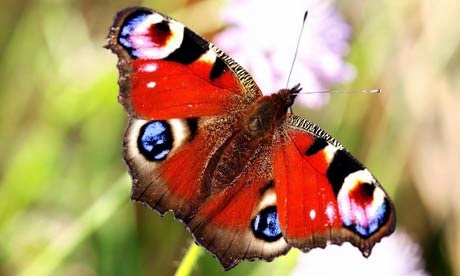 Just as I should be concentrating all of my modelling and painting efforts into Book Two, I have been infected by that most insidious of complaints Wargamers Butterfly Syndrome! Its effects became obvious after my return from Alumwell the West Midlands Military Show last Sunday. I am sure that this is where I picked up the infection.

The symptoms are varied, but in my case have resulted in the forced purchase of;
Of Gods and Mortals from Osprey Publishing, a red box edition of Dungeons and Dragons from ebay, a set of new miniatures from Gavin at Alternative Armies and the kind gift of some more AA figures from Craig Andrews of Orcs in the Webbe.

With my healthy, paypal account - where will it all end?

I would like to say that the symptoms are fleeting, especially as my Wife regularly reads this Blog, but I seem to be in the throws of a very bad case of Butterfly Syndrome, and the only cure - spending more and MORE on my hobby.

The diagnosis is looking dire.

Wargamers Butterfly Syndrome;
The inability of gamers to settle on any one game, genre or period, to flit between various, and more often than not un-associated modelling and gaming themes to the detriment of their wallet.
Posted by Tony at 01:26

I can understand where you're comong from. I returned from Overlord the other week dissapointed with my lack of purchases but have been looking on the web to get some inspiration and spend some cash.

Gotta to to go with my Consultant colleagues there. No cure, no creams ,no pills for this one. You just got to ride it out. Good Luck, but I fear I know the outcome. You will try but the related 'shiny-i-tus' is there just waiting for such a lapse.

Western finished? Nope. Peninsular War or ACW? Ha- nope!, Blade Runner or Zombie figs? Nope....but I did seal the deal on my 15mm Alien Legion project. Mind it is purchased and enroute not painted...oh look, new 28mm French and Indian War and hey that is a splendid looking Stuart tank for Bolt Action! ;)

Of Gods and Mortals?...Intriguing...My only "non historical" games are Flintloque and Hell Dorado. But I' m really tempted by oGaM...ops...I' m seeing a butterfly... :-D

As long as you're distracted, have you looked over the ruleset, "In Her Majesties Name"? Cracking good fun for small units of all kinds, even decent rules for slugging it out with steam-powered walkers. :)