Blisters and Peaches by Mark Backhouse 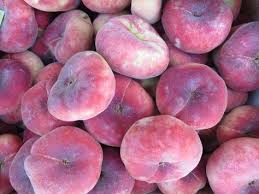 Wargames, Soldiers & Strategy issue 108 from June/July 2020 has a fantastic Napoleonic wargame scenario called Blisters and Peaches written by Mark Backhouse. While reading it (and re-reading it) I was struck by the possibility of using it as a Flintloque gaming scenario.

Basically a hungry French army is retreating from the battle of Vitoria with British dragoons hot in pursuit. The French army objectives are to leave the opposite gaming edge before the British catch up, however there are one or two temptations scattered across the board. Will the hungry French succeed or can the mounted British cut off their retreat?

My only addition would be to add an inn or tavern to the village set up and thereby confuse the situation with an another temptation - Strong Liquor or Demon Drinke.

I think the magazine was worth the cover price, just for this gaming scenario. I was even tempted to set up my own gaming table for a solo game using the same mechanics but with reduced troop numbers (to fit in with the Flintloue skirmish game) however I have a couple of un-finished projects that need my time this week.


Keep Calm and Carry on Gaming