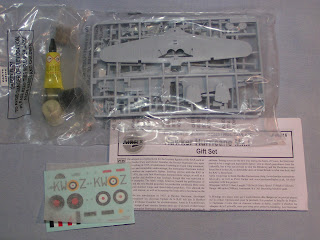 My first impressions of this kit are that it is a million miles away from what I had expected. Old Airfix would have had a 'L' shaped seat with a simple pilot placed into the fuselage sides in step one - this kit has loads of small detail for the interior and surface detailing that is just beautiful to behold. The difference is as chalk to cheese from the kits I used to make and paint in a day (sometimes an afternoon)! 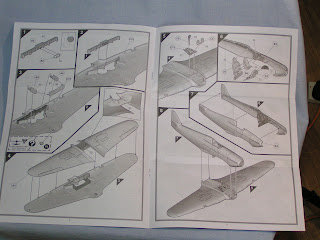 I've included a shot of the first two pages of the instructions to show what I mean.
Step one for me was building the internal walls of the main undercarriage bay and then adding the upper wing to the lower wing. This was done with liquid polystyrene cement and some small dots of superglue to strengthen and fill the joints.
I did have some issues with the fit of the upper to lower wing, but after applying the glue and four spring loaded clamps I left it for the day. 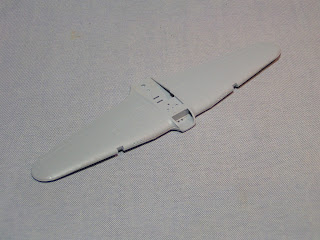 I'm not planning on rushing this build - I want to see just how different these new generation kits are to the ones I remember as a teenager. So far I'm very impressed.
Tony
Posted by Tony at 08:14