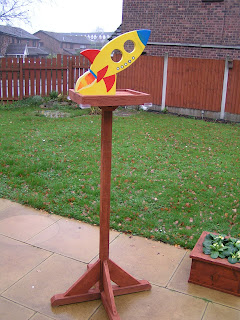 Following on from my earlier Cranky the Crane bird table which I built for Finley and Charlie as an early Christmas present (see this link for more details), I was asked to produce a second themed bird table for Finley's school yard. The Yellow Rocket bird table.

I chose the school logo - a yellow space rocket as the main decorative item. 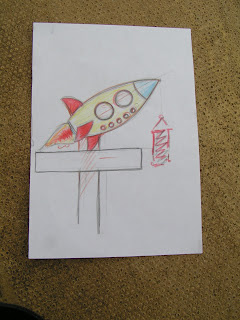 The initial sketch and cardboard stencil. 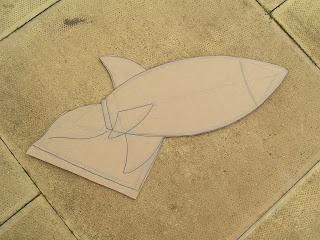 Which was transferred on to some spare plywood and cut out with a jigsaw. 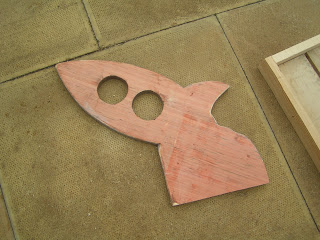 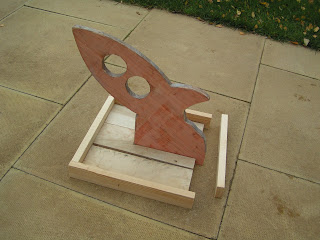 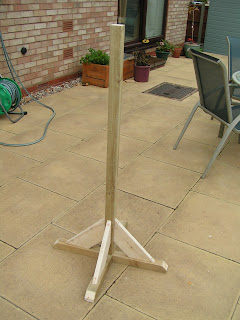 The bird table and base were built from spare and in some instances scrap wood. 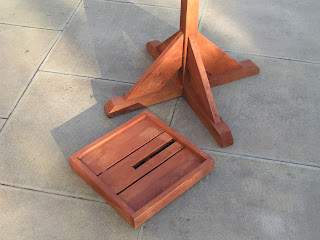 The base and table were protected with some Light Oak stain and preserver while the rocket was sealed with resin and then primed with two coats of brush-on grey primer. 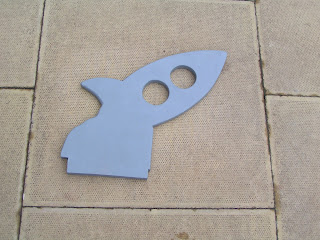 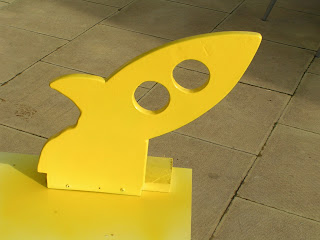 The fun part was painting the rocket..... 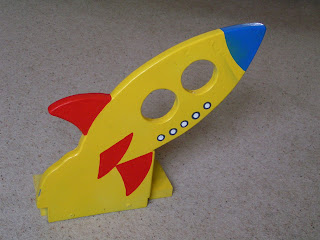 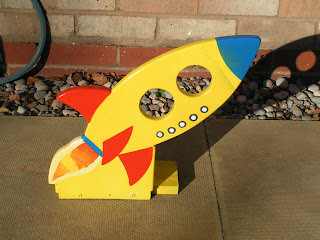 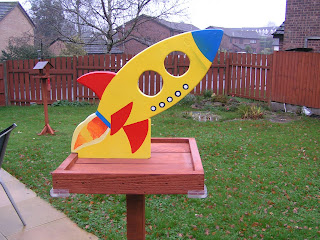 Here you can see the finished rocket with another image of the bird table which is being delivered to Finley later today. 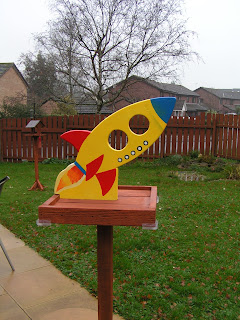 Love your bird feeders; this one is particularly brilliant.

Thank you. I enjoyed this commission.

Looks amazing! I'm tempted to order a Nanny Ogg on a broomstick, or Death lurking with Binky and his scythe looming over the birds!