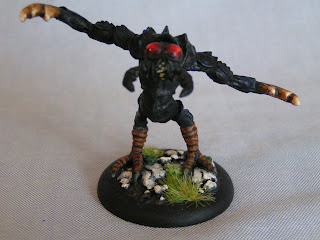 The second of my Wednesday updates is a Hooked Hulk based for my 40mm Flash Gordon collection. Details of the first update - Kali for Typhon, can be found at this link. 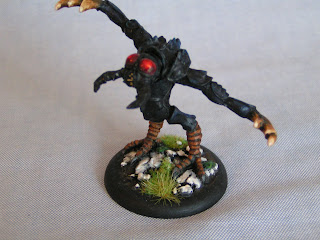 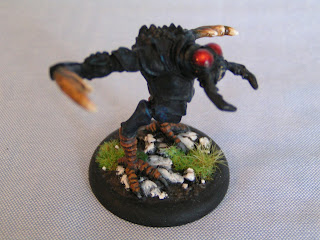 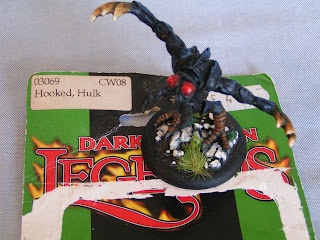 The miniature is a metal casting from Reaper Miniatures, Dark Heaven Legends - The Hooked Hulk (03069 - CW08) and bought from Waylands Forge in Birmingham for £4.65. The figure is 50mm tall (head to toe) and 80mm wide (across the claws). It is mounted on to a 40mm round lipped plastic base and painted with various acrylics. The figure comes with two separate heads, I choose the insect one (with the 'beady eyes') over the large beaked option.

The painting was simple enough - some dark blue drybrushing over a black undercoat with Enchanted Blue highlights and Blood Red eyes. I think it works well as a Sci-Fi monster. The final image shows the finished creature alongside a 40mm Graven Images/Cliffhanger trooper from my 40mm Flash Gordon collection. 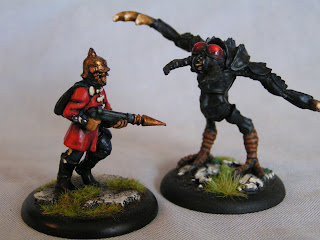 Nice work Tony. Great to see you adding to the Flash Gordon collection.

And there is more to come.