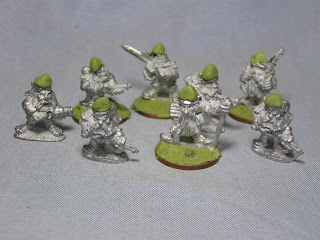 Although it has been some time since the last update, I have been working diligently on these eight Flintloque Dwarves, converting them into a new and unique regiment by copying this image which was found on the internet.

I started by applying a rough blob of Milliput which will act as the basis of the new shako/headgear. This Milliput was added over a small drop of superglue and then hardened in the oven on a low light. 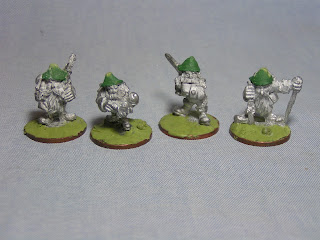 The initial sculpting was carried out with Green Stuff and copying the sketch below. 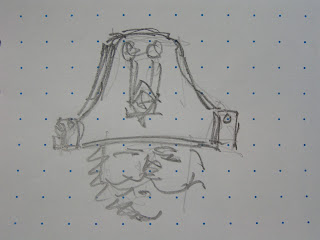 While the images below show the development.....

As you can see the new headgear took some time to perfect and this is the main reason why this post has taken so long. 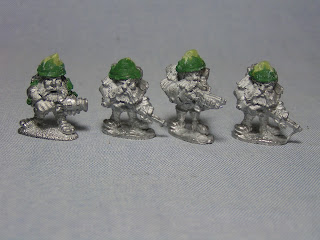 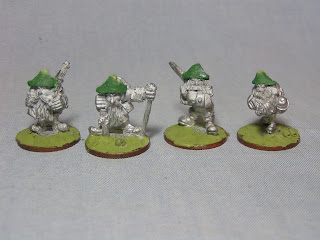 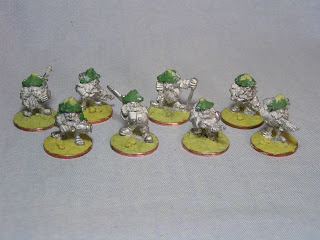 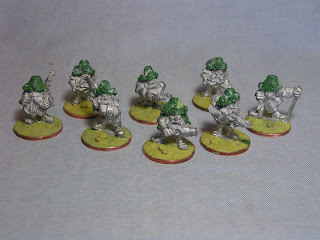 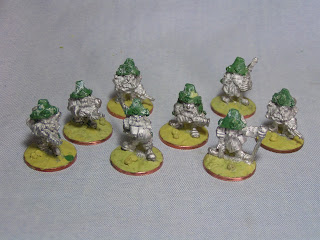 All in all the sculpting of the new headgear took about four days with lots of down time waiting for the green stuff to harden (even though I tried speeding it up by placing the miniatures in the oven!)

The detailing was done with sculpting tools, carving back the hardened green stuff and sanding or filing to refine the shape. It took some time.....

The image below shows the group of eight Flintloque Dwarves ready for undercoating. They are based on 2p coins with the groundwork built up from Milliput and detailed with sieved stones and fine sand applied over PVA glue. 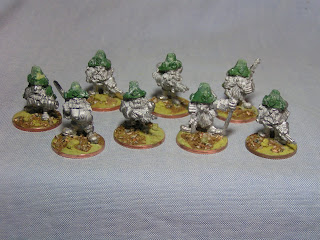 It might have been easier to have sculpted one shako in detail and then cast up eight identical copies, but when you are only dealing with eight models, I'm not sure sculpting, mould making and then casting is worth the effort.

The final result was totally worth all the work you put into it.