Dido, Queen of Carthage at The Swan 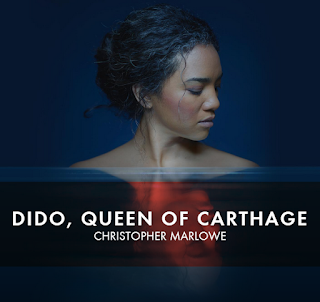 Last night Sue and I went with Holly to The Swan, Stratford-upon-Avon to see Dido, Queen of Carthage by Christopher Marlow.

This was the first time I had seen this play, in fact I knew nothing about it until I started reading the synopsis prior to visiting the performance. For details of this ground-breaking performance see this link.

Once again a breathtaking performance and a play that really made you think about power, migration and being homeless. In the question and answer forum after the play had finished it was pointed out how Africa at this time was a true Matriarchal society, with female heroines and leaders (Dido), while the Roman Empire (that followed) was Masculine. We also had an insight into the life and works of Marlow, an Elizabethan character that raises more questions than answers.

The best word I can use to describe the performance was intense! Another great night out, but I have to admit to liking and being more moved by the earlier Much ado about Nothing at the Globe, London that Sue and I saw earlier this month.