A Christmas Carol at the RSC Stratford 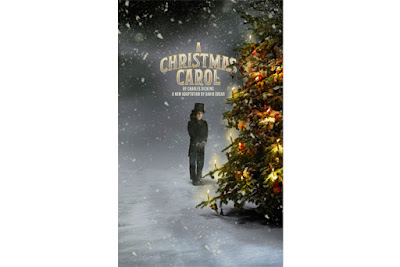 Last night, Sue and I went to see A Christmas Carol by Charles Dickens and adapted by David Edgar as the RSC Stratford-upon-Avon.

The play was staged on the main stage at the RSC, the first time I had been to this theatre and not seen a Shakespeare play. It was all and more than I expected, at times funny, at times moving and at times thought provoking. All-in-all a fine performance and a well worked adaptation.

The lead role of Scrooge was played by Phil Davis and I have to say it was a performance full of humbug character - very well done. 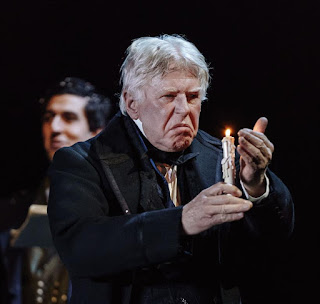 As is becoming the norm for Sue and I we stayed for the question and answer session afterwards and again I found this informative and interesting.

I will pass on one comment that we heard from a family seated behind us. As you may know the stage at the RSC is a plain stage in-the-round with seating on three sides - as the performance develops different parts of the stage will open and close and the main arch will recede or change shape. This family had never been to the RSC before and passed comment on the fact that they were disappointed that there was no stage furniture at the start of the play and for the money they had paid they would have expected more.

At the interval the comments had changed to WOW, did you see how the stage moved, opened, changed etc.....

Sue and I gave our selves knowing looks.

For more details of this fantastic performance see this link.