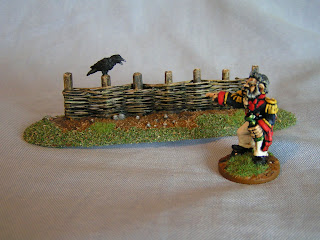 This short Modelling Interlude was originally included on Barking Irons Online to show how easy it is to build simple and unique wargaming terrain. These articles were lost when Barking Irons closed down, so I have included the whole tutorial here on my Blog. 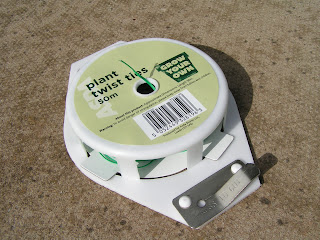 The impetus came when I was pushing a shopping trolley around Asda’s. As Sue filled the trolley with our usual staple of bread, milk, butter and chocolate biscuits; my eyes began to wander and I spied this pack of Plant Twist Ties. I immediately thought of using the coated wire for wattle fencing and at just 99p I thought that it was definitely worth a gamble. 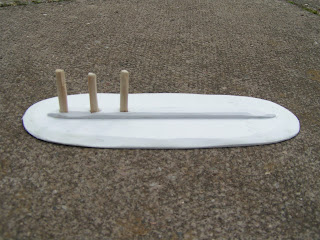 The wooden posts were cut from a piece of scrap wood which was picked up free from a vegetable market and which once held oranges. I first cut a 4mm strip then trimmed the edges with a large 18mm ‘snap-off’ bladed knife. The strip was further textured by sanding with coarse sandpaper before cutting into 20mm lengths. 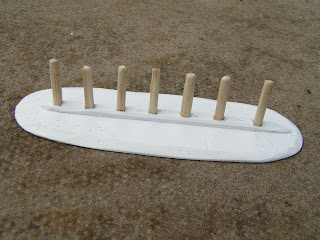 The wooden posts are superglued into small holes which are cut with a scalpel. I was looking at producing a small test piece to see if the Plant Ties weave would work and was not too worried about the total bulk or size of the model. 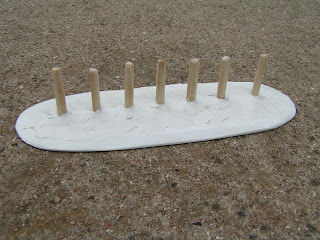 I built up the groundwork with same DAS modelling clay laid over PVA glue.  To speed up modelling time I ‘cooked’ the model in the oven at very low heat for 10 minutes. 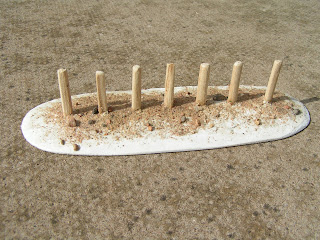 To add texture, I added some sieved stones and fine sand over another layer of PVA glue, this time dried with a hair dryer! 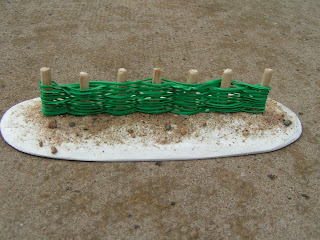 The next part was the fun part – back to my childhood threading wool or string through pegs. I knew that the Plant Ties would look better than plain wire as they have a ‘flattened profile’ more like split twigs rather than having a completely round profile.

The lesson I learnt was not to wind the wire too tight and not to press it down too much – there has to be some looseness and gaps.  Hopefully the image explains it better than words. 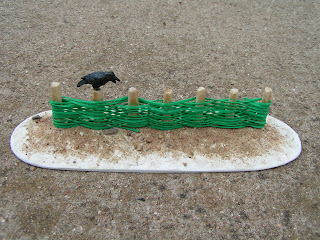 I wanted to seal the twisted wire so added some superglue to the upright posts and the wire ends. I also added a crow - which was taken from a DreamBlades Miniature – Ravencloak Visionary which was picked up at Salute 2012 for just £1.00.

The crow has first been removed from the miniature, then drilled and finally pinned to the upright post with a section of paperclip and superglue.  I think it adds to the simple wicker fence and turns a simple terrain piece into a special one. 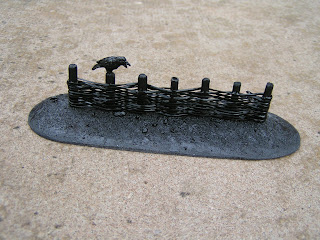 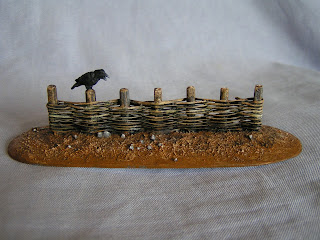 Painting was very quick – hence so few images! The fence was first drybrushed Charred Brown from  and then highlighted with Charred Brown/Snakebite Leather and even some Skull White from GW.

The groundwork was painted in my usual colour scheme with a base of Snakebite and various layers of drybrushing. The stones were painted with a mix of Skull White and Chaos Black. Finally a quick wash around the base of the fence and to highlight some of the stones.

The Raven was painted Chaos Black and highlighted with black and a tiny touch of White.

Total painting time, including a layer of Galleria Matt Varnish was another two hours. In fact I think the photographing and writing took longer than the building and painting. 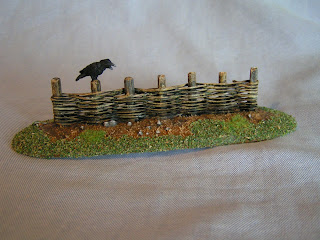 As with all my terrain pieces the edges were flocked with simple railway scatter or dyed sawdust over PVA glue – not the most technically advanced basing material – but it is the same scatter that I have on my gaming board, so it suits me. 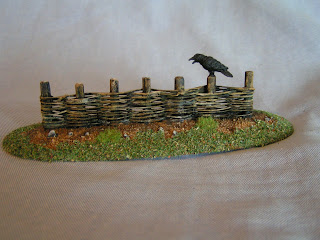 If these one-off modelling interludes prove popular, I will search out more 'lost' articles and post them here on the Blog.

Nice! I love these articles.

"Nice! I love these articles."

There are a lot more to come. While I was checking up on this article/tutorial I found another ten that were produced for Barking Irons Online and have now been lost.

My plan is to upload them to the Blog between now and Christmas.