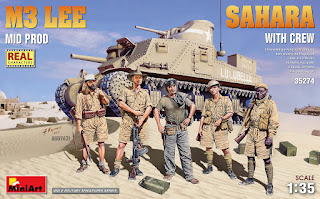 While browsing the internet earlier today, I came across this new release from Miniart - The M3 Lee featured in the film/films Sahara. There have been two versions of the film, a later re-make with Jim Belushi and the classic Humphrey Bogart which in my opinion is so much better. (See image below).

For more details of the M3 Lee release, see this link. 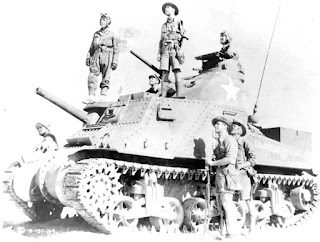 The earlier 1943 film inspired me to build a 1/56th scale model of Bir Acroma the centre piece of the climactic battle. The model features in my Pen & Sword book Wargames Terrain & Buildings North Africa and The Middle East. For details of how to order a copy see this link.

Here are a couple of images of the finished model. 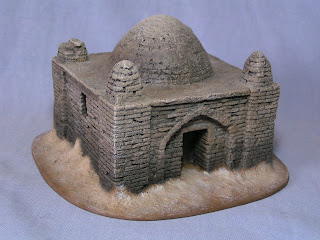 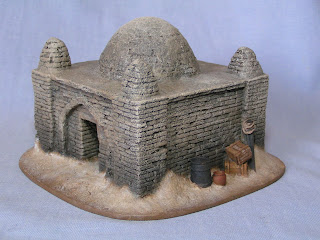 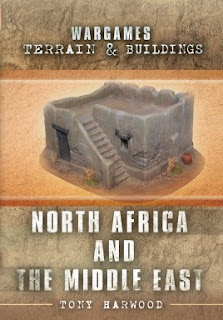 I've see both films and although the earlier film is in black and white and has some anomalies, I prefer it to the later re-make. What do you think?
Tony
Posted by Tony at 01:49

Definitely the original, which I own on DVD.