As mentioned in the earlier post - the Tower is now finished and these photos show the Outbuilding fully modelled. A simple, single storey 'lean-too' outhouse that can be used either as a stand-alone building or attached to one of the larger buildings such as the Tower. 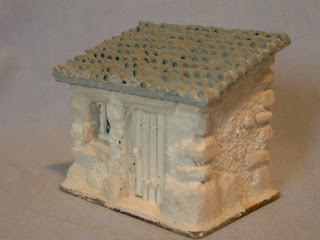 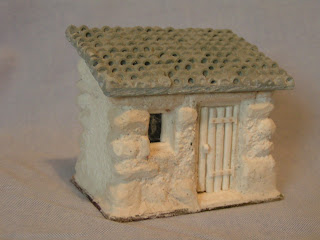 This model has a 'foot print' of 75mm x 58mm and a maximum height of 65mm, although small, it is full of character and would make an ideal shed or store house.
The model has a lift-off roof with a plain interior, featuring a tiled floor. The door is cast shut, but can (with a little work) be modelled open or ajar. 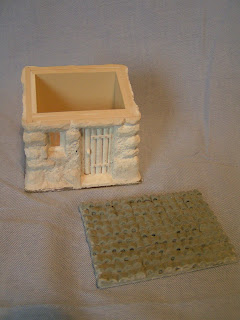 This final photo shows the outhouse alongside the tower. As unmodified castings there is a slight gap between the walls, but (again with a little work) this can be reduced by sanding both castings and re-modelling them as one larger model.
As stated earlier in this series of Blog entries. I intend modelling two Flintloque Building Sets - one as three separate castings and a second as a fully integrated, larger single structure (see earlier illustrations). 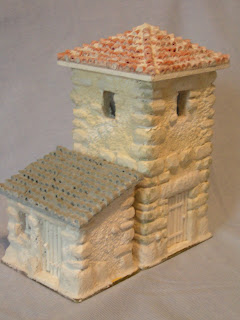 Now that the two lesser buildings are completed, I will be concentrating on finishing the main building and the promised Bell Tower.
Tony
Posted by Tony at 04:53

Your scenery pieces are amazing, really something else.