Firstly - Happy New Year, I hope that 2010 brings everything you would wish for and much more.
Over the Christmas and New Year break, I've tried to catch up on my numerous projects, but cold weather - very cold weather has hampered all attempts to work in the shed-at-the-bottom-of-the-garden! Even six layers of clothing and a worn-out heater have made it difficult to spend any time in the freezing cold. My wife has suggested that I use the kitchen table, but as any good modeller will know the mess we make would not be acceptable to 'her indoors!'
This photo was taken by me on Boxing Day - it is the heavy frost my car! A beautiful picture that I have included just because I like it. 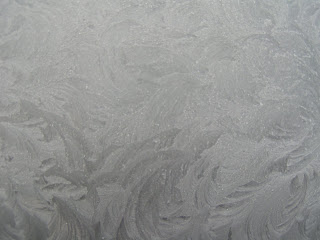 I have a couple of commissions that will need work on in the first few days of 2010, then there is the Flintloque Building set, that I have been promising will be finished by early February and moulded and cast in February. Other projects are at least half a dozen Flash Gordon miniatures that have been based and undercoated for some time (they deserve to be painted and finished if only for their patience!)
Prior to Christmas I picked up the Alternative Armies Greek Mythology rules - Typhon and with some Spartan Games 40mm Greeks, I have set this aside as yet another long-term modelling and painting project, details will follow.
I have a number of Flintloque modelling and painting projects - mainly Dwarves, that still need to be painted, but as earlier posts detail, I am also planning a set of adventures for Foul-Mouthed Freddie, a very interesting Orc Sergeant that was featured on Craig's 2009 Advent Calendar.
I have not stopped thinking about Aeronef/Space 1889 modelling projects and with time permitting will try to get at least one scratch-built Workbench article for TMP up and running in the first half of 2010.
There is no doubt that my 40mm AWI/ACW terrain will take up some considerable time in 2010 and I will keep the Blog informed of new models as they are completed and added to the Grand Manner web pages. I would also like to thank followers and contacts for all the help in gathering information for these pieces. Thank you.
In addition to this Blog I can confirm at least three separate Workbench Articles are already with Bill at TMP. Then there are a number of articles written for Alternative Armies/Flintloque which I had hoped would have been published in 2009, but are now planned for 2010.
All this and, I'm still searching E-bay for suitable 40mm miniatures to add to me ever growing collection. In my case I've chosen a scale and then go searching for different figures and periods - not your usual way of collecting miniatures!
Best wishes and once again thank you for following the Blog.
Tony
Posted by Tony at 12:14