This particular plastic toy was a recent charity shop find. I have no idea who manufactured it or what game or toy licence it is from as there are no markings... 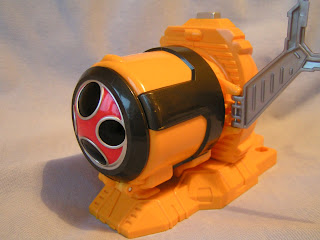 ...But I do know that it bears an uncanny resemblance to Ming's latest weapon of mass destruction, a Weather Disruptor Generator. 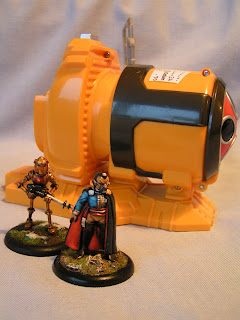 Here you can see The Great Emperor Ming, accompanied by one of his robot troopers visiting the secret underground construction site where the various components are being designed and built. It will not be long before operational tests will be conducted. "Which unsuspecting Mongo Princedom will he choose to target with this devastating new weapon?"
The Ming figure is a 40mm Graven Images figure, the robot is a modified casting from Hydra.
Tony
Posted by Tony at 01:00

Ming the Merciless and his weather generator. I love using these things for VSF!