A Crystaline Entity for Flash Gordon

August Bank Holiday and I thought I would post something different. Here is my latest 40mm Flash Gordon monster - A Crystaline Entity. It has been quite some time since I added to this project and when I saw this Ice Golem from Ral Partha on e-bay, I thought it would make a great Flash monster to add to my collection.

There isn't much to say about the model, the basing or the painting as it really is a simple sculpt to finish off. I mounted the 'slotta-base' figure onto a 40mm round base, building up the groundwork with pieces of broken cork and Green Stuff. The figure was basecoated white and washed with dilute blue ink (Warzone) before being dry-brushed with GW Skull White. In fact it took longer to paint the base than the figure!

I have left the model gloss varnished and only matt varnished the base prior to adding some static-grass. A very simple model to complete - just as I like it.

The figure is 40mm tall head-to-toe or 60mm top of claw-to-toe. The very small area of base of foot to groundwork makes this a very fragile model. I will have to be extra careful in handling this monster. 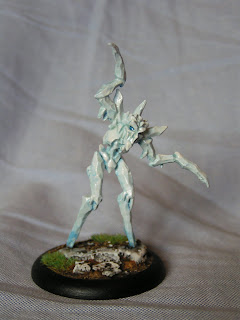 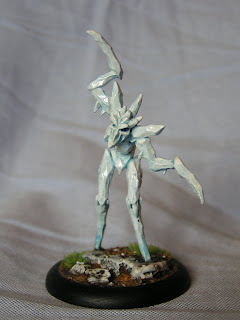 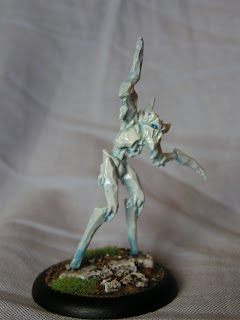 These two images show the monster alongside a couple of my 40mm Flash characters, an Emperor Ming Officer and the Rocketeer. 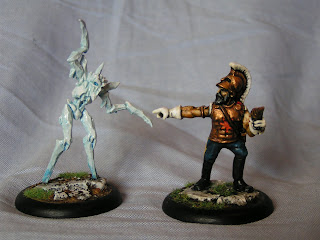 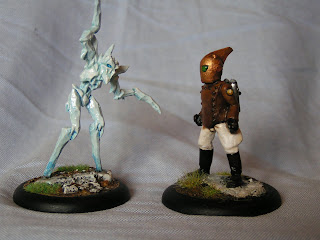 Recent posts on The Miniatures Page (TMP) have tempted me back into modelling and painting 40mm Flash Gordon models.