The Larrey Ambulance a 28mm Masterclass on Barking Irons Online

Barking Irons Online has another Modelling Masterclass; The Larrey Ambulance which was modelled and painted by me some time ago and was originally intended to be included in the 'paper based' Barking Irons magazine. Here are a couple of images which show the finished model, based and varnished ready for a game of Flintloque.

Full details of construction can be seen at BIO. 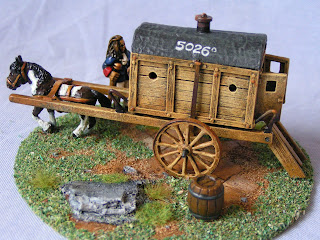 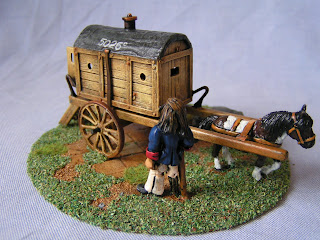 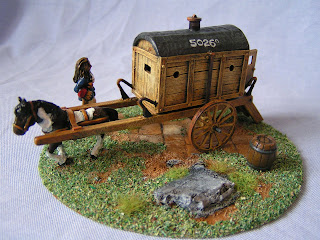 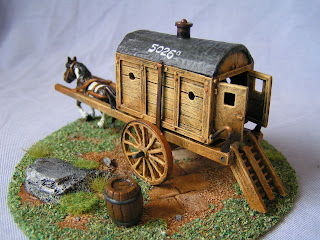 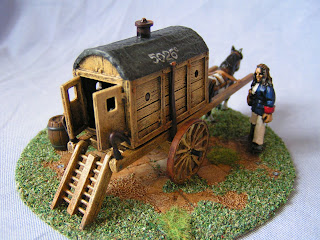 Although it is not obvious in these photos, there is a 28mm Ferach in the rear of the ambulance - the injured Ferach Elf on a stretcher from the Elf Field Hospital set (51503).

The model was produced some time ago and the article was written to be included in the 'paper based' Barking Irons magazine from Alternative Armies. Later when I was asked to produce these Masterclass tutorials I met up with Craig and was showing him some of my Flintloque inspired terrain. Craig was aware of the Larrey Ambulance article but it had been lost and so I had to search my records and photo files for this article and images.

Craig has reproduced it for the August Masterclass entry on Barking Irons Online. Check out the other Masterclass articles when you are visiting.

Excellent work as ever Tony...