My third Deadloque Character is the famous (sorry infamous) KGB Officer from the original Deadloque boxed set (5002).  This figure has remained on my too-do list for some time as the model had some severe miss-casting running down either side of the lower body.  I filed most of the join down and filled the rest with Milliput. The Bicorne is from my Uncle Rogipoos VLE figure (VLE 10) with the width built up with Milliput and the cockade and feather enlarged with Milliput and Green Stuff. Additional detailing is Green Stuff.

The bicorne is 'pinned' to the head or skull with a short section of paperclip.

The following photos show the development which deviates from my usual painting style as I have painted the large brown coat first rather than the flesh (or lack of flesh) area. 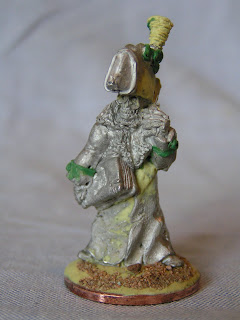 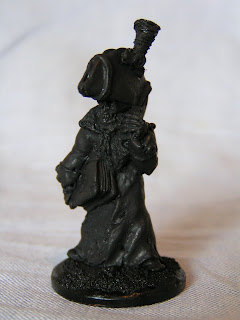 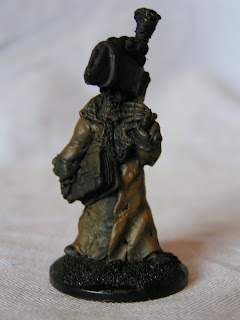 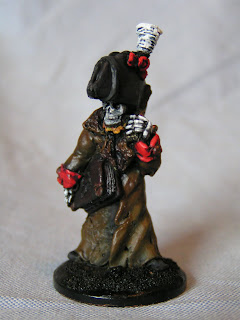 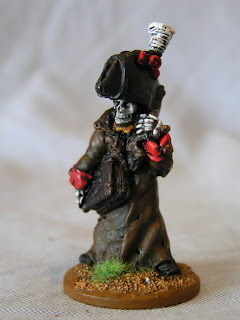 This is quite a large model and the addition of the tall bicorne (with feather) makes him even taller. I have painted him in a different colour scheme than my original KGB miniature to give some variety. The flesh or bone areas are painted very white as I was looking to Terry Pratchett's DEATH for inspiration.