A Quartet of Deadloque Characters

In an attempt to clear some of my crowded workbench/lead mountain I decided to paint up four Flintloque/Deadloque miniatures. I have started with this decaying officer from 55005 Latrinslav Command which has been sitting patiently in my to-do tray for quite some time. 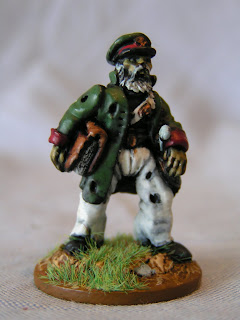 This work-in-progress shot shows the figure undercoated in black and the flesh areas painted a diseased green.  The miniature is mounted on to a 2p coin with the groundwork built up with Milliput. 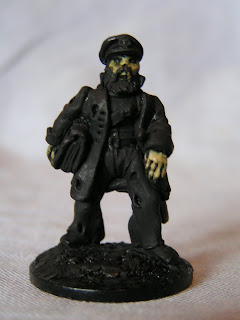 Over the next week I will write similar posts detailing all four of these Undead characters. 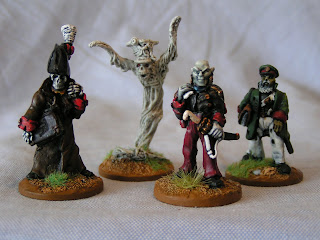 I am attempting to clear my Flintloque lead mountain and after reading a post/blog where the modeller was attempting to paint 365 figures in a year - I felt that I should at least try to get some painting done.

I like him, I take it their an undead regiment?

Looking good, those deadloque minis have so much character. I have a whole witchlands army awaiting my attention, I really must moved it up my to-do list...