Progress on my latest Pledge, the Glasgee Lowland Rats is moving forward, with most of the painting now completed. 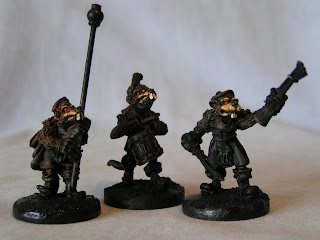 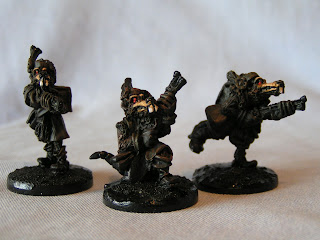 Photos Three and Four - Show the tartan, which was built-up over a dark green base, stripped with blue and then criss-crossed with grey (not white as this would have been too bright) and finally the gaps were touched-in with red.

The small areas of red tunic were painted Bloody Red over Red Gore. There isn't that much red uniform to see on this group. 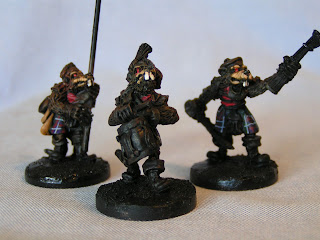 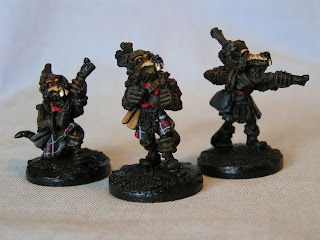 Photo Five - The white areas (there are a lot) are first painted grey - Stonewall Grey from Vallejo. 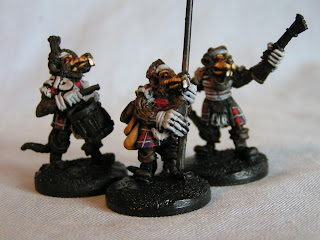 Photos Six and Seven - The White areas are now painted Skull White, leaving some of the Stonewall Grey to show through. I have also painted the drum body Blue and added some detail to the bonnet bands. 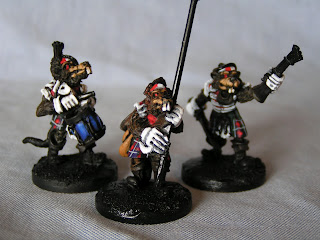 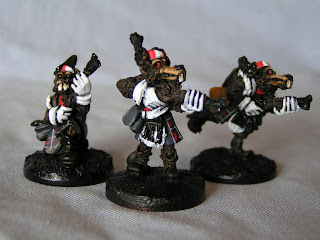 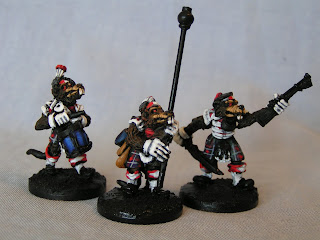 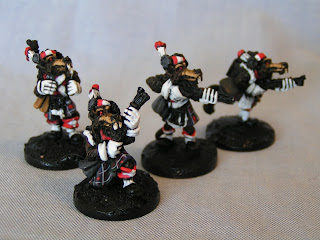 As stated earlier the whole group is moving forward very quickly. I think this is down to the fact that these models are such fantastic sculpts and because of this have a huge amount of character making the miniatures a joy to paint.

WOW these are fantastic!!!
I tried painting these some years ago and gave up for another day.

Perhaps that day will come sooner that the little ratties think!