Photo One - The Rats have been based on 2- coins with the groundwork built up from Milliput. I have added some sieved stones and fine sand over dilute uPVA glue to further texture the bases.

The flag bearer has had a new flag pole added from brass rod, with the flag pole top modelled from a chrome bead and some Milliput with a small amount of Green Stuff to re-sculpt the left hand - the gloved hand. 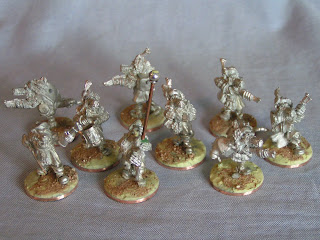 Photo Two - Undercoated with black spray paint and the missed areas touched-up with acrylic Black and a large brush. 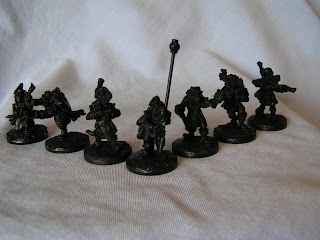 Photos Three and Four - A close up of the preparation work so far. I have removed the overly thin and weak bayonets from the flimsy flintloques. As Rob called them - 'needle bayonets!' 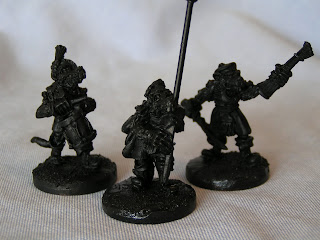 Photo Five - Although Black undercoat is not the best to highlight this - these really are some fantastic sculpts and I am looking forward to starting the painting proper over the next couple of days. 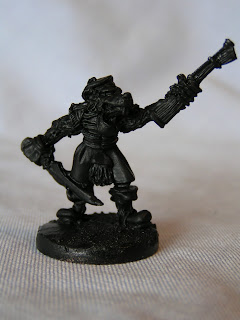