This morning the first six miniatures arrived in the post from Dave Toone. The new figures are for the soon to be released game S.P.Q.ORC - Pax Brochemannica from Maveryc which is currently being playtested.

I have be conscripted to model some themed terrain for the official game release which is planned for early 2013. The game will be very familiar to Flintloque/Slaughterloo gamers coming from Mac Coxhead and pitting some Halflings against Norman/Roman Orcs. Obviously there is more to the background than this, but for now a quick update is all I have time for. 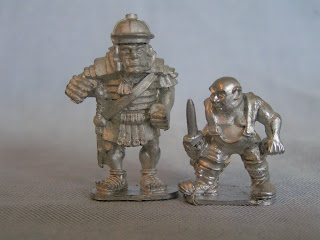 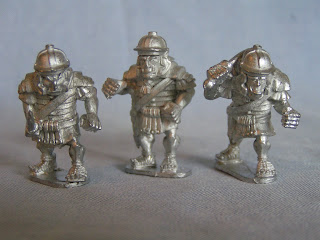 Photo Three - The Boche Halflings, each clothed with braces! 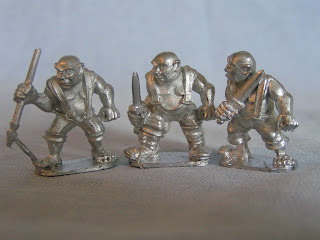 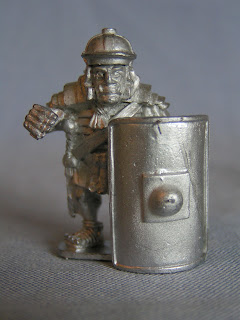 Photo Five - This Boche Halfling is 24mm tall (head to toe) and further details can be found here and here. 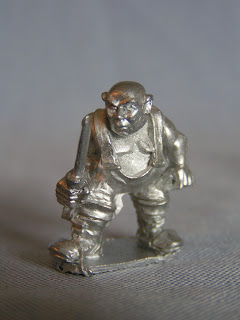 Anyone lucky enough to have Harbinger Magazine issue 16 from February 2005 will be able to read about this long awaited release (pages 54, 55 and 56). My own involvement has come late to the party. I will be building a collection of scratch-built and themed terrain pieces for use alongside the game. It is possible that with the right persuasion these pieces may even be reproduced in resin.

Keep an eye on this link for details; Maveryc.

Surely my next wargaming project...;-)