Regular readers/followers will know that I enjoy building wargame terrain. In fact I think I enjoy this modelling part of the hobby even more that painting miniatures and much more than gaming! "Now that is an admission". At this years Salute I took a whole load of photos of different terrain pieces in the hope that they would inspire me. Here are just some.

Photos One and Two were scratch-built, Mordheim inspired buildings from Oshiro. A company and model maker that I really admire. 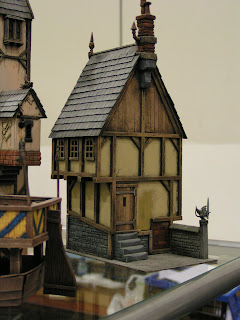 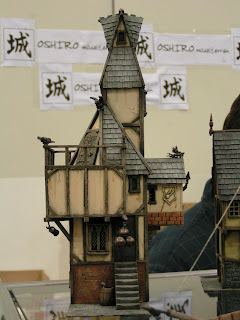 Photo Three - This beautifully modelled forge had obviously been painted using an airbrush - something that I keep meaning to try. 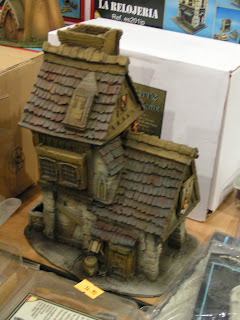 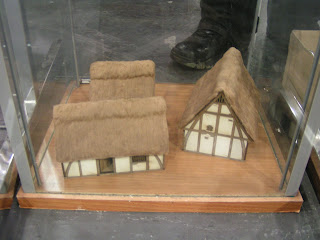 Photo Five - A simple kit on a beautiful modelled terrain board. Plastic gravestones from Renedra. 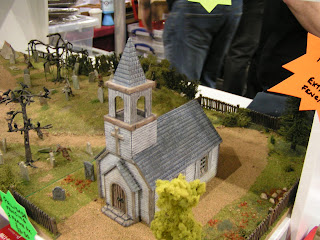 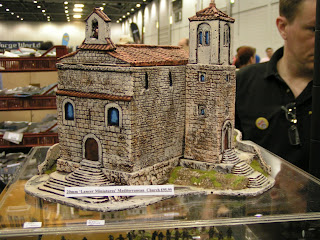 Photo Seven - There were a number of gaming boards that featured Twighlight figures - this was one. 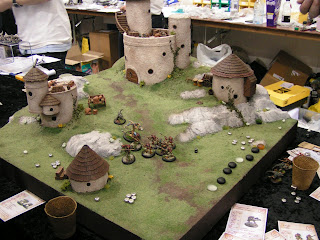 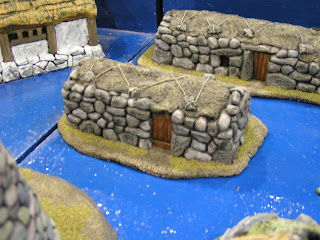 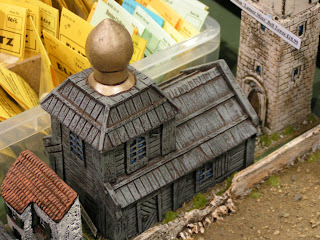 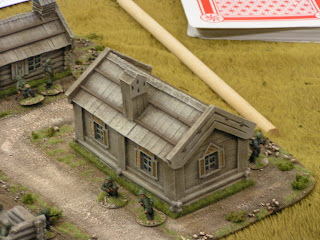 Photos Eleven and Twelve - Feature this absolutely fantastic resin model of a traditional wooden-built Russian Church. Built to 15mm scale and available from Total Battle this was the ONE building that I saw that truly made me stop and go WOW. If there is anyone out there who would like to commission me to build this model in 28mm (or even 40mm) I would love to hear from you. 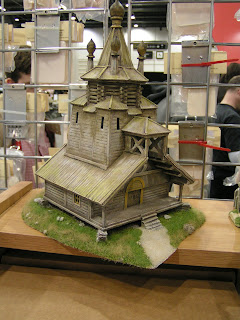 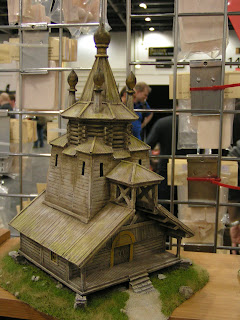 My Thoughts - part two. Mainly terrain and individual buildings that I thought were worth commenting on. I hope that you agree.

There certainly was a good amount of excellent terrain. I was quite taken with the 2 napoleonic games/displays.

There were some impressive displays like the Corunna Battle, but your photos are indisputable

As my nan would say, "Those Russians are crazy!". Great looking terrain pieces. I feel like making sonething myself now.

I love what you chose for inspiration. Thanks you very much for sharing ;-)

Wow...no wonder you had such a good time at Salute, those look amazing! xx