Photos One and Two - Show some of the initial pencil sketches, as you can see the finished design followed these sketches quite closely. The model was influenced by The Cygnet from The Disney film The Black Hole - a model that I have wanted to build for some time. 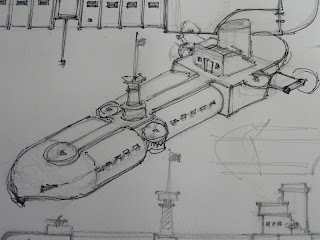 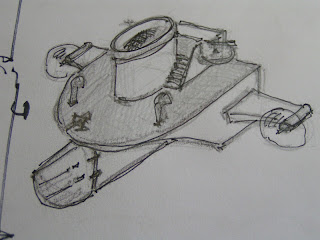 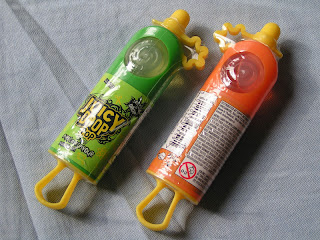 Photo Four - The same Candy container broken down into it's constituent parts. The labels proved very difficult to remove and in the end, I scrapped the surface with a kitchen knife while washing it with white spirits.

The main oval sections (the candy lollipop containers), the yellow handles and the two stoppers were used, while the top of the lid was cut down for use as the forward gun emplacement. Even the clear plastic bottle (front right) was used to mix up the Klear/Future washes that I painted the hull with. 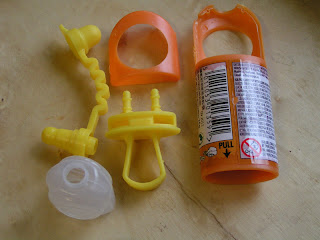 Photo Five - Construction well advanced. The main glue was superglue and accelerator, while the forward area was an elbow joint from a cheap transformer toy. 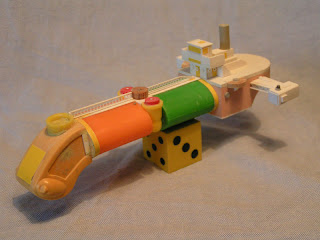 Photo Six - The basic construction is complete in this image. The tall mast is a hair curler (from my understanding Mother-in-Law) and the domed top is the head of a knitting needle. Most of the small detail is scratch-built from plastic card/plastic rod. 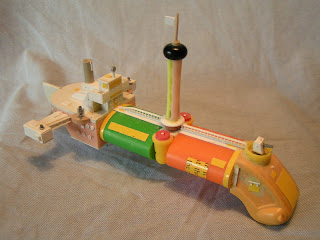 Photo Seven - As above, although there is a great deal of extra surface detail added from sticky-back plastic labels and small slivers of plastic card. 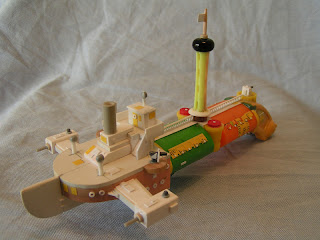 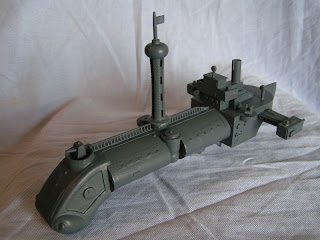 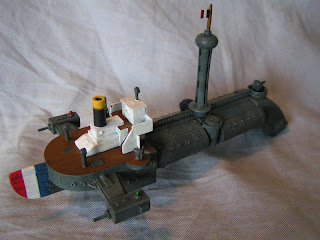 Photos Ten, Eleven and Twelve - The finished and based model. The transfers came from a wide variety of different sheets, the cockerel image on the nose was from a WW1 French aircraft sheet and is a little bit of humour. "Watch the Birdie". 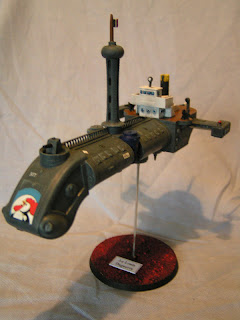 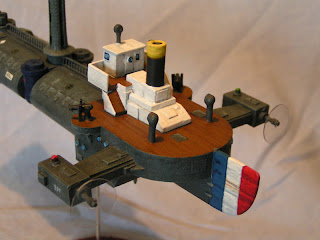 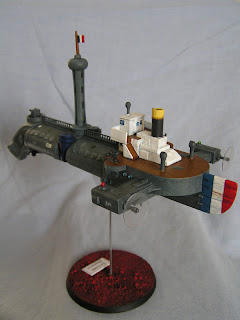 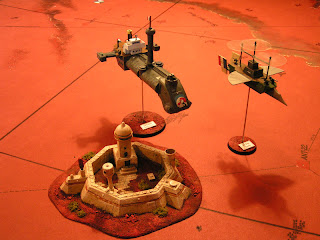 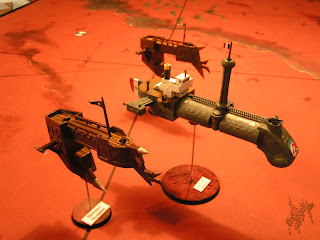 The finished model is built to the scale of 1mm = 1foot (or 6mm scale) and at just over 180mm long and 90mm wide (over the propellers) is the largest Space 1889/Aeronef model in my collection. I hope that this post proves interesting and may even inspire others to produce scratch-built models. Finally, I wanted to say congratulations to all that took part in the competition, Very Well Done to all who entered.