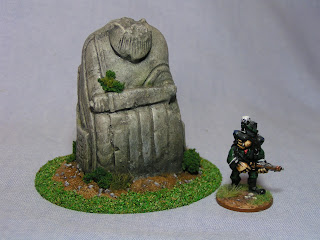 I knocked off his head as the original plaster cast head was so badly cast I didn't think it was worth saving. Here you can see the King and Queen with a Flintloque RifleOrc shown for scale and how the two statues have slightly different stone colours, the King being a little lighter. 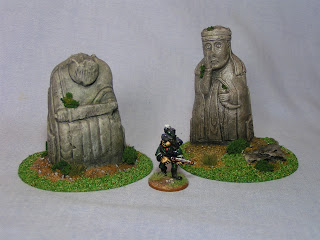 Image Three - Just like the Queen, the King was mounted on to an oval of 3mm thick plastic card and the groundwork built up with DAS modelling clay. This groundwork was further textured and detailed with sieved stones and sand over uPVA glue.

It may not be apparent in these images, but there has been a considerable amount of repairs done to the original chess piece. These were modelled with DAS over uPVA glue. 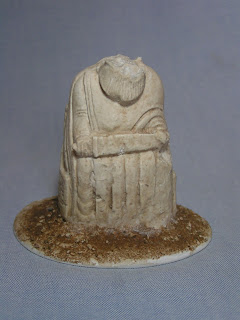 Image Four and Five - The base colours were 'slapped' on in the same way as the Queen then washed with all sorts of different coloured and strengths of washes trying to keep the darker colours to the bottom and the lighter ones to the top. The green mould was a watered-down acrylic paint applied as a wash. 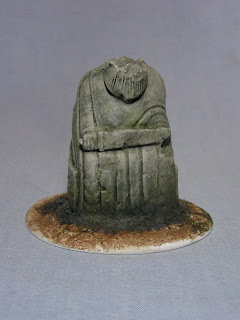 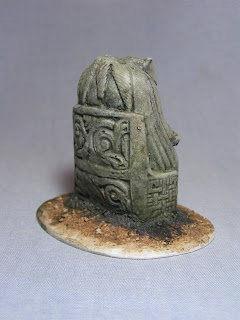 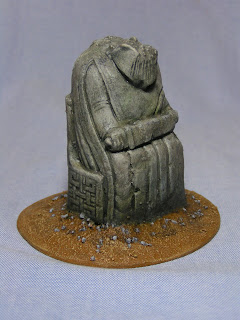 Image Seven and Eight - The model was varnished with Galleria Matt Varnish before the base was decorated with dyed sawdust and ground foam. 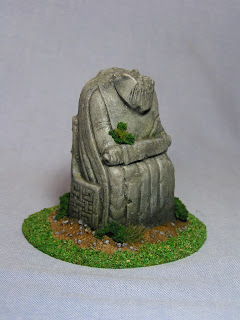 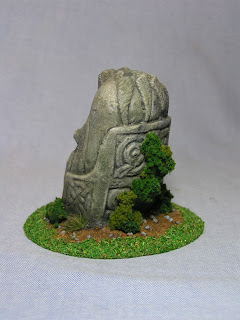 Once again, the damaged chess pieces have come out fine and considering they were about to be thrown away, I think they look great as Flintloque scale statues.