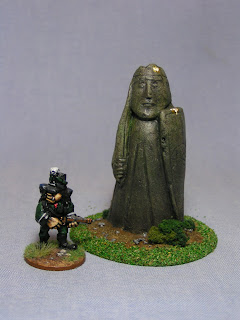 The third Isle of Lewis Chessman, this time the Rook or as I have seen him described on some Web pages - The Beserker.

Image Two and Three - Show the bare plaster cast on an oval of 3mm thick plastic card with the groundwork built up from DAS modelling clay. The groundwork was further textured with sieved stones and sand which was applied over uPVA glue.

The two images show some of the holes and cast bubbles filled in with more DAS. 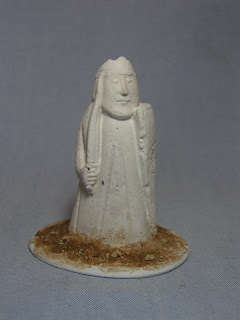 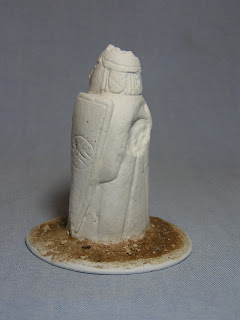 Image Four - The painting followed the same pattern as the two earlier statues. 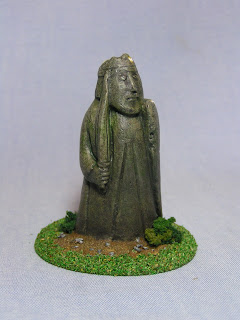 Image Five - Showing all three Isle of Lewis Statues together with a Flintloque RifleOrc which is shown for scale. 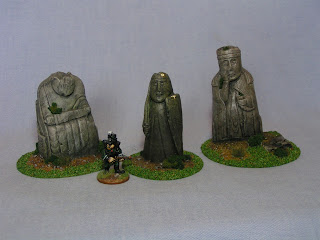 I have mentioned on earlier posts, how much fun these simple statues were to model. I should also say that they were a very easy project to work on.

I think the other websites are wrong. That's the National Museum of Scotland rook. The berserker is the British Museum one - the big factor being that he's chewing on the top of his shield.

These are great by the way.