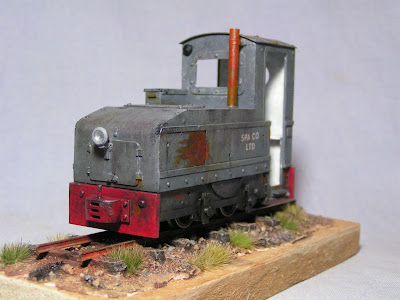 Part One - The construction.

I choose this Feldbahn (narrow gauge railway engine) as my first 'scratch-built' engine. It is based on an image that I found on the PHB BB Creative Community site for full details see this post.

Image Two - The original works drawings were used to produce my own 11mm = 1 foot scale drawings. These drawings are also available on various Pinterest pages. 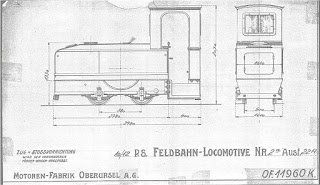 Image Three - I find it easier to produce these drawings on grid paper, first sketching the model in pencil and then confirming the dimensions with a 0.3mm drawing pen. 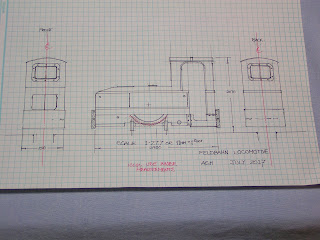 Image Four - My first try was not a great success..... 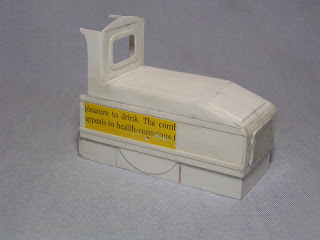 Image Five - But the second attempt was much better. The model is based on a simple Hornby 'Smokey Joe' 0-4-0 chassis. 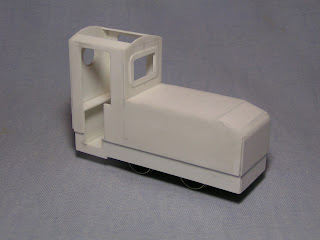 Image Six - The old and the new alongside one another. 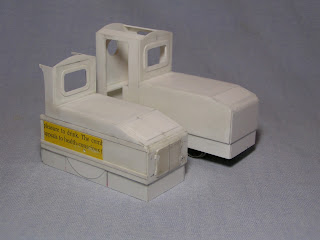 Image Seven - There are one or two modifications to the original design. I added an exhaust (for the paraffin starting engine), a tool box on the bonnet and kept a round view window to the rear. After all this would have been a much modified and long-lived workhorse. 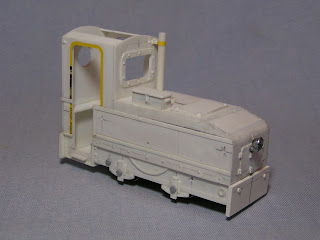 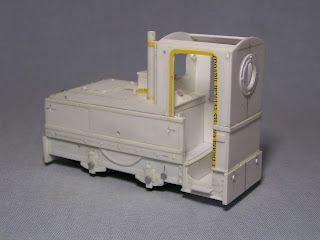 Image Nine and Ten - More detailing. The handles are thin, bent aluminium superglued in place. The buffers or coupling housings are multiple layers of plastic card with a paperclip hook and the headlight was 'scrounged' from a 1/50th scale Corgi truck. 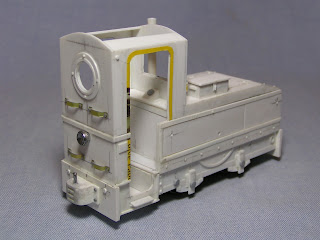 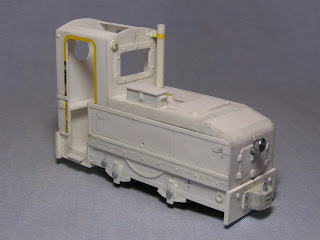 Image Eleven to Fourteen - The roof was constructed from more aluminium sheet curved over the side of a glass jar and detailed with more sticky-back plastic. Most of the upper bonnet detailing was guessed at. 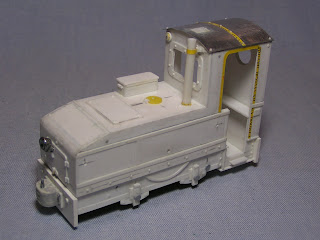 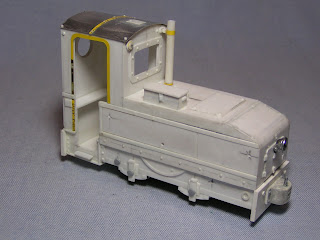 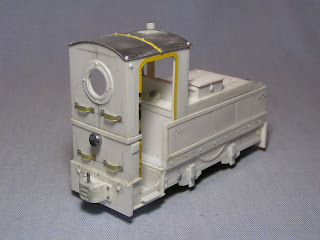 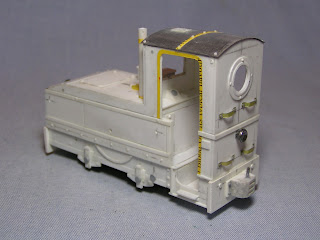 Image Fifteen - With construction finished, I have placed the un-painted model on the section of test track, seen in this earlier post. 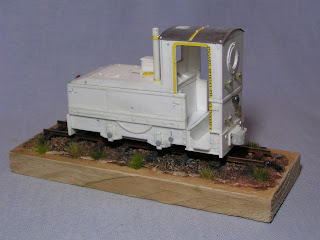 The bulk of the construction is white 30thou plastic card (about 1mm thick).

It is built to the scale of 1:27.7 or 11mm = 1 foot so that 16.5mm Peco 'Crazy Track' represents an 18 inch gauge industrial railway. The original Feldbahn engine used as inspiration ran on 500mm gauge track.

For more details of the Narrow Gauge Adventure go to this label.

Looks good Tony. I have been contemplating converting a Riverossi HO scale Heisler to On30. The big issue seems to be getting the right sized wheels. Of course I need to find the box that locomotive is in too!

The great thing about industrial diesel locomotives, is that you can hide the mechanism (well usually you can). Steam locos are a little more difficult to hide the origins.

The loco has certainly helped to 'scratch an itch.'