The Lead Adventure Forum (LAF), one of the modelling forums that I regularly visit and support are running a simple - Build Something Competition that I came across earlier this week. See;
http://www.lead-adventure.de/index.php?board=48.0 This afternoon, while listening to the football on Radio Five I thought I would produce an entry. This 1/300th scale model of a Rutledge Flier Mk II. based on a computer generated illustration by Mateen Greenway. See;
http://mateengreenway.com/steampunk/Space1889UK.htm
Photo One - Shows the finished model, well the modelling finished, but still awaiting paint. The model is 80mm long. 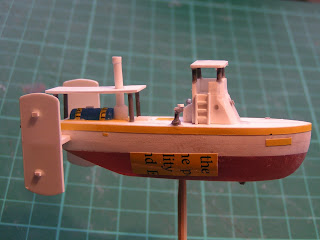 Photo Two - The rough sketch on which I based the model. 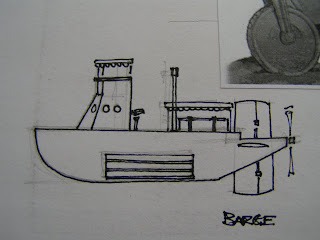 Photo Three - I used a resin cast hull that was left over from an earlier modelling project. The red hull is cast in cheap car repair resin. 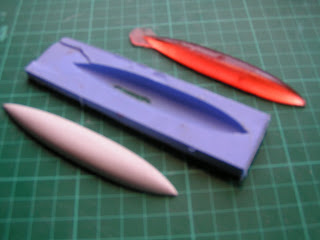 Photo Four - The same resin casting, with a built-up hull. I used layers of 3mm thick plastic card, superglued together and than trimmed and sanded to shape. 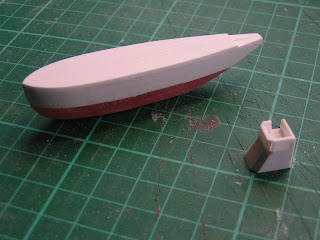 Photo Five - As above, but showing the hull shape in greater detail. The wheel-house is situated to the side, again built from plastic card. 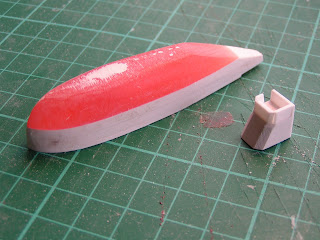 Photo Six - Shows the wheel-house in place and the beginnings of a boiler to the rear. 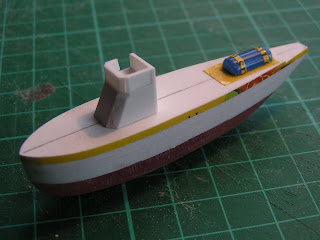 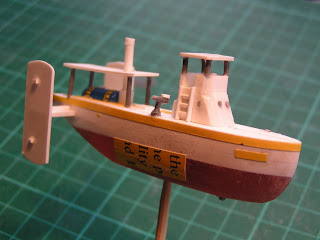 Overall the model has taken about three hours from start to finish. I will undercoat with spray paint and brush paint the detail. See part two - coming soon.
Tony
Posted by Tony at 08:38