So Huzzah, or may be Bang On! Here he is in all his painted glory. 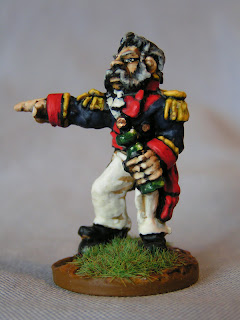 Photo Two - The original conversion, showing just how much of the LE003 Wo-Gan, Sim-San and Pik-Tan miniatures were used. 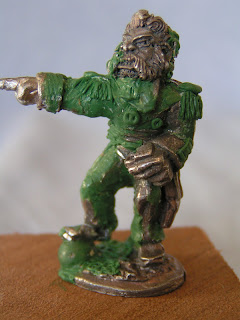 Photo Three - Gavin at Alternative Armies has had this figure cast-up and the rumours are that it will be available as a very, very limited edition/Salute 2012 commemorative figure. So if you want one. I suggest you;
1 Beg Gavin
2 Go to Salute 2012 with lots of pocket money
3 Get someone you know who is going to Salute to pick one up
4 Pay extortionate amounts of money for an e-bay bargain 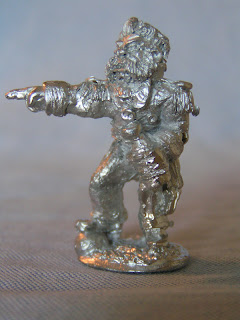 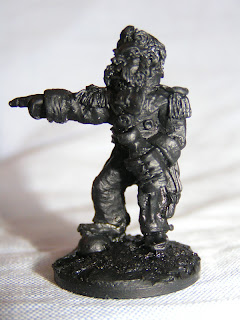 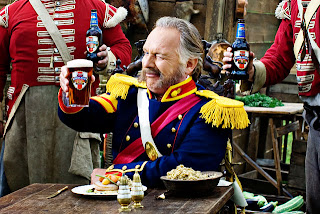 Photos Five and Six - a couple more images of the finished figure.

No Flintloque Grand Alliance Army (particularly one with artillery) should be without one. 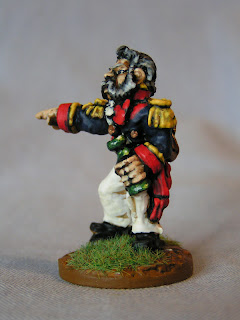 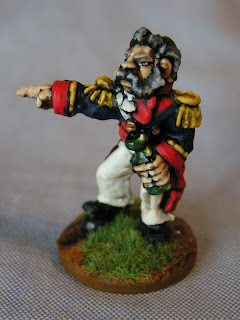 The figure was first sculpted back in early 2011 when the Bombardier Ale advert was first shown on TV. I sculpted the conversion almost straight away and had intended it as a one-off. Some comments on The Notables led me to send the original model to AA and Gavin cast him up for me.

I have no idea how many will be cast or the availability of this fantastic character, so as stated earlier - get your orders in quick.

He's a champ Tony. Well it looks like none of those options are open to me, damnation.

Details should be released today!