Issue 86 of Wargames, Soldiers Strategy features this Russian Redoubt built by me to support the Russian themed issue. The article gives a step-by-step account of how I built and painted this large model.

The model was inspired by the Borodino Battle Panorama Museum in Moscow and uses metal guns from Alternative Armies and a whole load of scratch-built and bought resin, metal and plastic clutter. 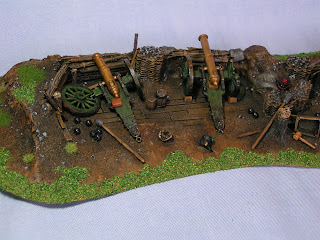 The following images show some of the detail that was added to the model, which was intended to show an over-run gun redoubt during the ill-fated Russian campaign. 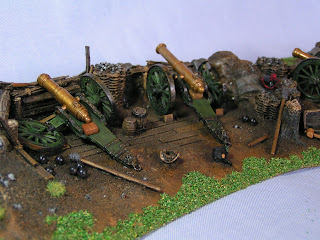 It was great fun to work on and being one of my largest stand-alone terrain pieces it allowed me to practice my policy of building terrain that told a story or terrain as stand alone dioramas. 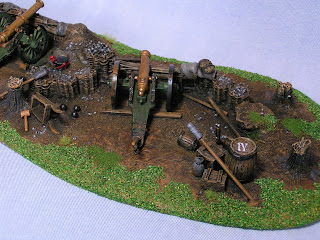 The issue is a Russian Themed special featuring Russia during the Napoleonic Era. There has been much written about 'themed issues' in the modelling and wargaming press recently, in this instance I think Guy has 'pulled it off' with a great mix and balance of themed and non-themed articles and is well worth checking out at this link.

just read it and very nice it is!