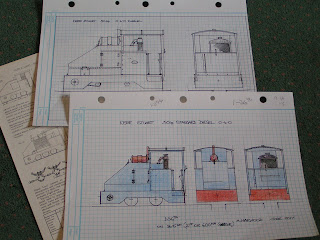 I really should be concentrating on other projects, projects that are due or commissioned but the thought of building another Narrow Gauge layout is consuming my free time.

My current plans are to build a small 'shelf layout' with one diesel engine running along a simple end-to-end track plan with high-end mechanisms and highly detailed scenic elements.

Option one - 1:36th scale models on 16.5mm track a scale that would equate to 8.5mm to the foot or 600mm track gauge running on 16.5mm (HO/OO) track - Peco Crazy Track. This would mean that I could convert existing mechanisms, use proprietary track and convert 1:35th scale miniatures as crew/workmen.

600mm gauge track was very common as an alternative to 2 foot gauge particularly on the continent. 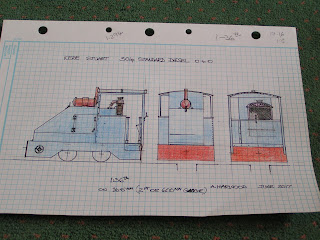 Option two - 1:27.7 scale models running on 16.5mm track or 11mm equals 1 foot. The 16.5mm track would then mimic 18 inch gauge. A 6 foot man would be modelled as a 66mm tall figure which would mean converting existing miniatures or scratch-building figures.

It would also mean scratch-building the track and sleepers for a more in-scale look. 18 inch gauge track was not as common as 600mm or 2 foot gauge track and was mainly used in arsenals, military establishments or for mining. 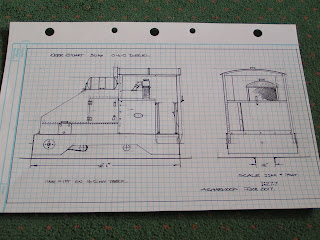 My thought is to build two small test pieces to check out the feasibility of each option.

I know that I could take the much easier route of O-16.5 or 7mm to the foot running on HO/OO track (2 foot 4 inch gauge), but I have found that this scale/gauge option was too small for me.

I will keep the Blog updated with developments, but don't expect anything soon - there are other projects that require my attention.

Update 1
Gauge = the distance between the two rails, either actual ie. 2 foot or 600mm or in model form ie. 16.5mm (HO/OO track)
Scale = the ratio of size (length, height etc) to the real thing. ie. a model aircraft in 1:72nd scale would be 1/72nd the size of the original or it would take 72 model aircraft laid end to end to be the same length as the original.
Posted by Tony at 01:48

I'm currently thinking of building a shelf layout at 1/24 or G scale on either 16mm or 32mm track.

"I'm currently thinking of building a shelf layout at 1/24 or G scale on either 16mm or 32mm track."

I think option 1 is your best bet Tony. You can get something up and running relatively quickly.