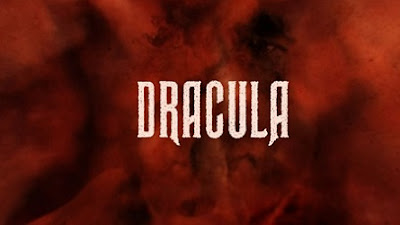 Sue and I have just finished watching all three episodes of the new BBC drama Dracula. We watched it on catch-up and have to say that given some of the scathing reviews I have seen, I was not sure how or if I would enjoy it.

After watching the three episodes, I have to say that I enjoyed it. It was more fun than I had expected with many one-liners and nowhere near as gory as I had expected. The performances by Claes Bang (as Dracula) and Dolly Wells (as Sister Agatha) were fantastic - I really liked the interplay between these characters and would welcome more, either as another Dracula series or as a Sister Agatha spin-off. I think she would make a great series hero.

Given the themes and writing of Dracula I was even more disappointed with the new Dr Who episodes - who used similar gender changes/swaps but completely failed to engage with me or Sue. In the past I have to admit to looking forward to new episodes of Dr Who and would never have thought of missing a Christmas special, but this year I can honestly say I have no wish to watch any more of this 13th Doctor (is it possible that the 13th doctor is cursed?)

I also know that there have been many who have criticised the BBC on the implementation of a female doctor and these criticisms have been shouted down as sexist. However In Dracula we have a new drama based on a very old character with gender rolls reversed (sorry spoiler alert) similar to the new Jody Whittaker doctor and where as one fails to engage and is loosing viewers in droves, the second (Dracula) has a strong female role model and a fantastic story thread. Surely there has to be a lesson learnt! I cannot help but compare and contrast these two BBC dramas and where Dracula succeeds on so many levels, Dr Who just falls flat.

I have not watched Dr Who in years. Could not stand Capaldi in the role and have only caught snippets of Jody Whittaker. That was enough for me!

Good review.....loved the first two episodes of Dracula but the third fell a bit flat in the modern era. As for Dr Who....the least said the better !