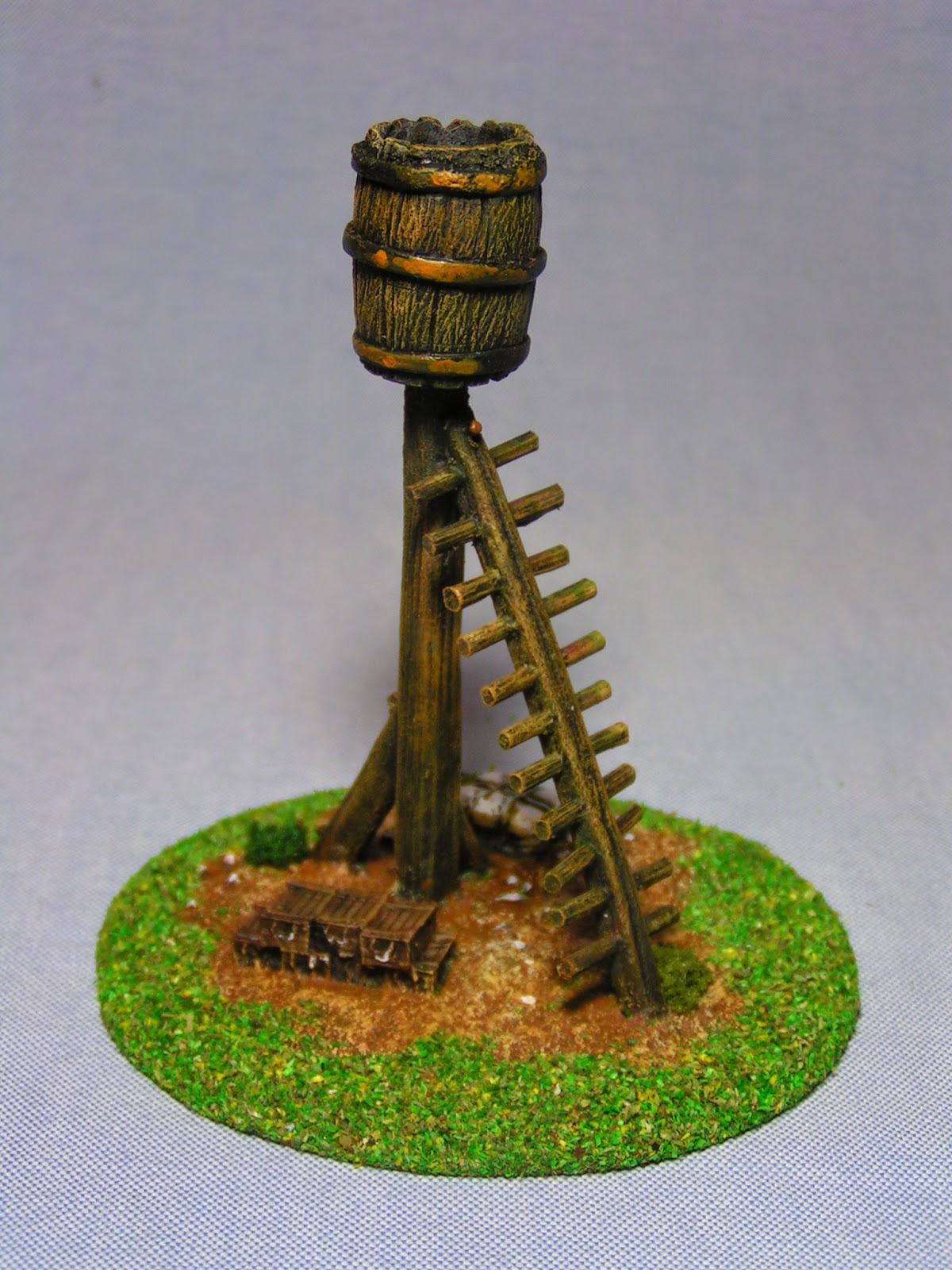 This particular model was inspired by an illustration seen in a small pamphlet on Elizabethan England. Similar beacons were situated all across England to warn of a Spanish Invasion. I thought it would be worth building a simple Fire Beacon to use with my Flintloque miniatures.

I has surmised that simpler or more hap-hazard Fire Beacons could have been used to signal or warn of invasion across Spain and Portugal. By using a resin barrel on top if a plastic card pole the beacon was quickly put together.

Here you can see two work-in-progress shots of this simple objective marker. The barrel is from my spares box, a used resin barrel. The pole and steps are plastic card, distressed with the teeth of a razorsaw and further textured with a scalpel and coarse sandpaper. The steps or rungs of the ladder are sections of cocktail sticks while the base is more plastic card decorated with a couple of spare resin castings.

All, in all the model took a couple of hours to complete. 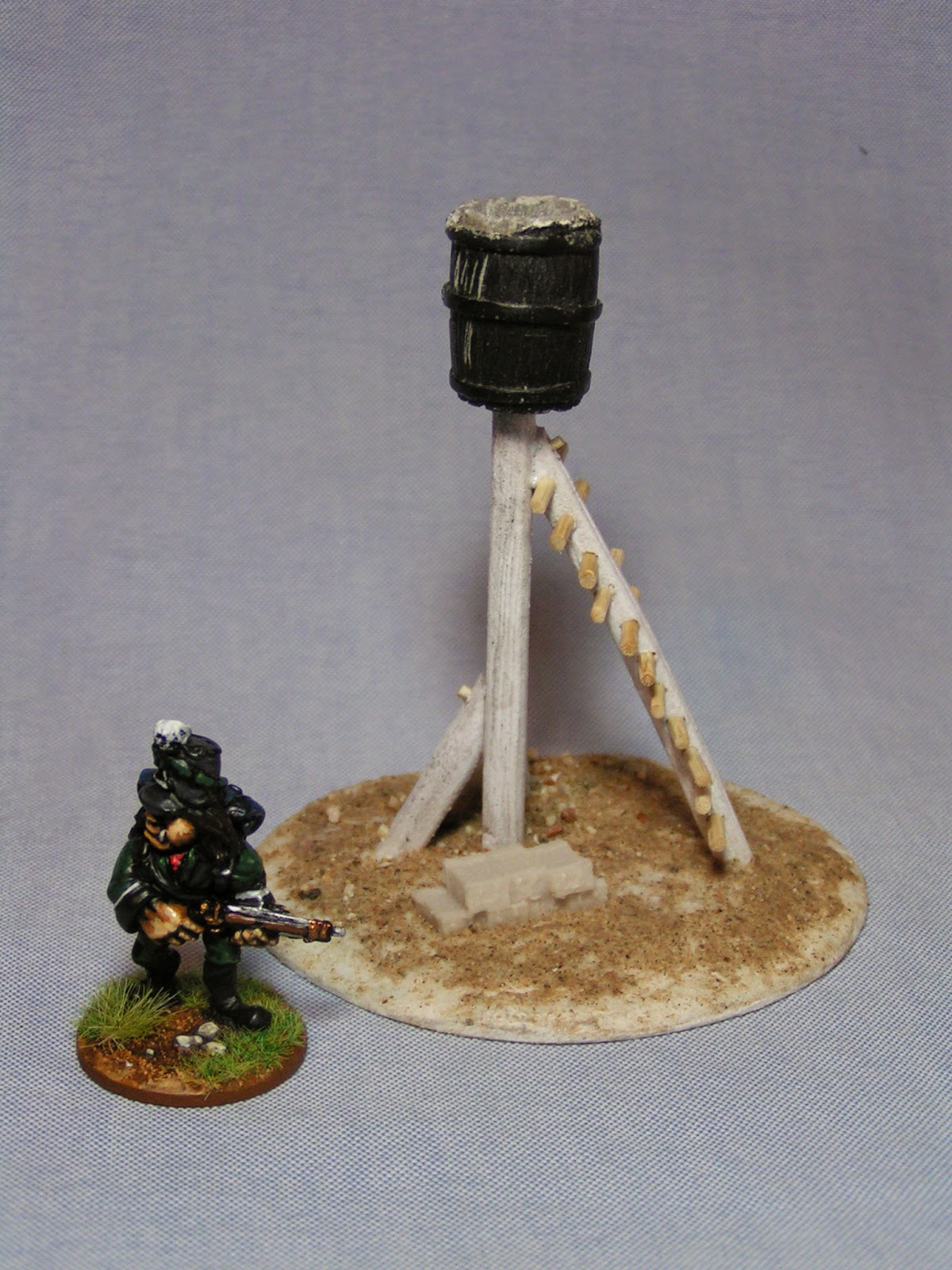 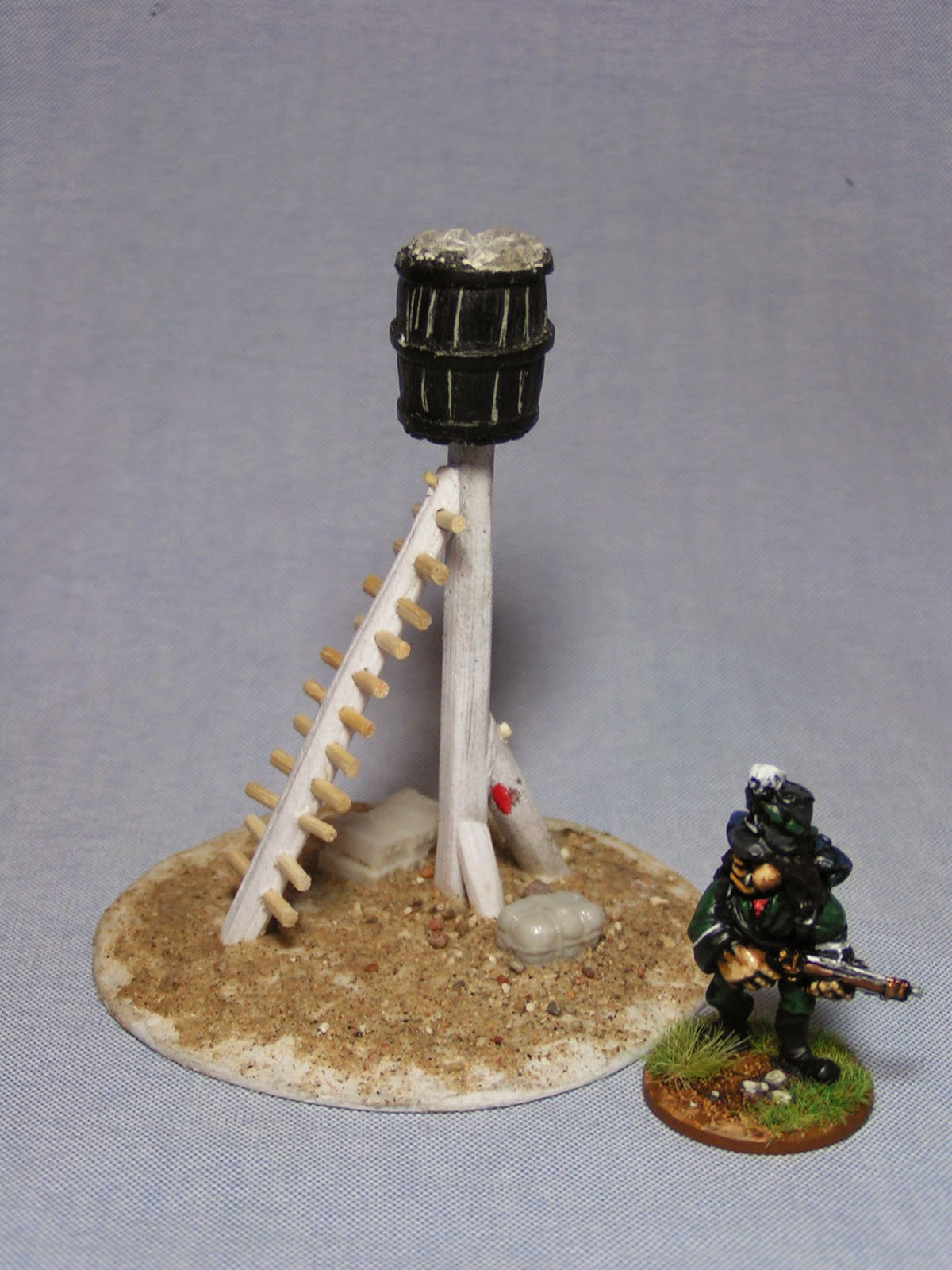 Painting was built up over a Black/Brown basecoat and the base flocked with some dyed sawdust after being varnished. Total modelling and painting time less than 4 hours. 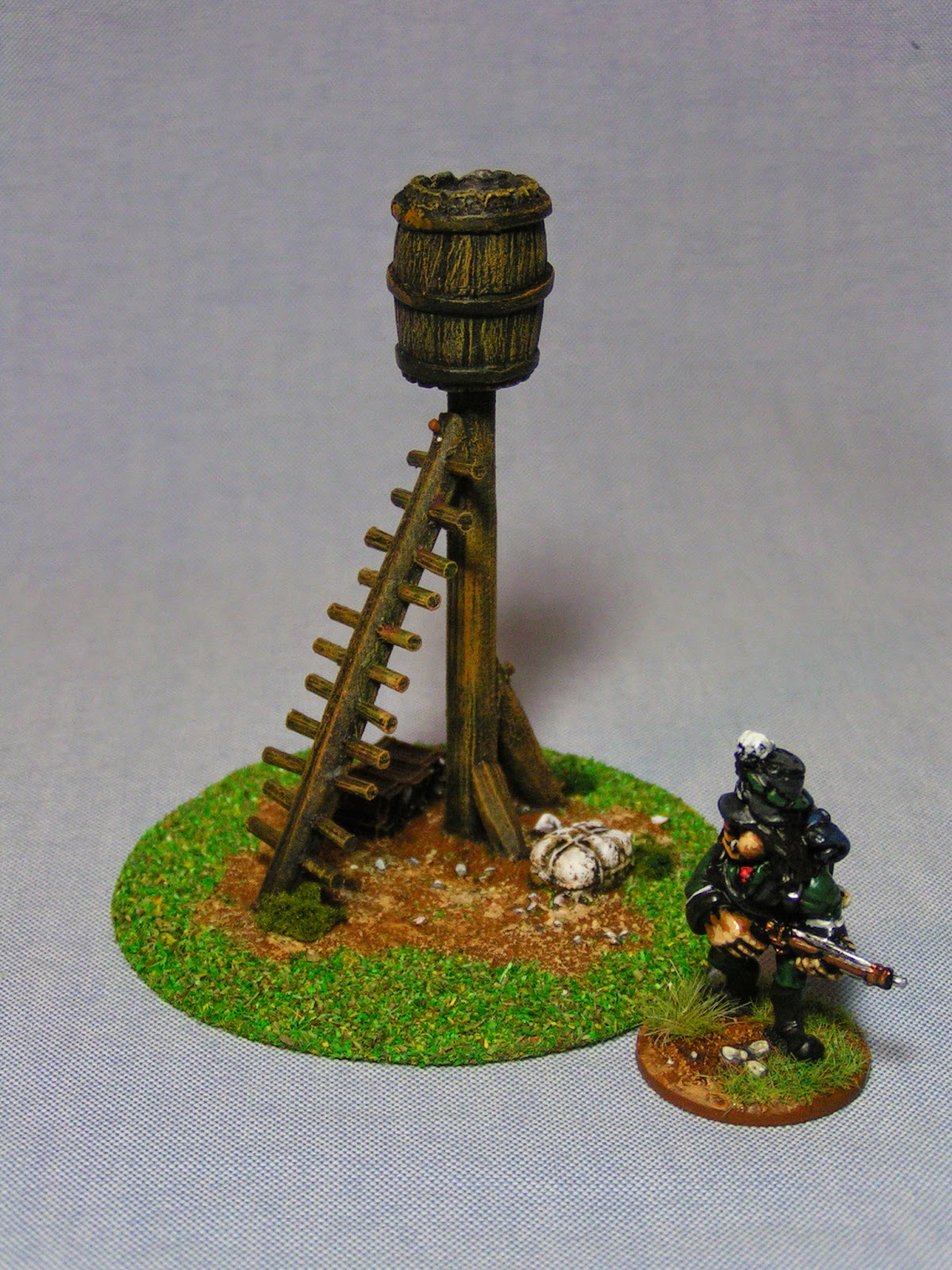 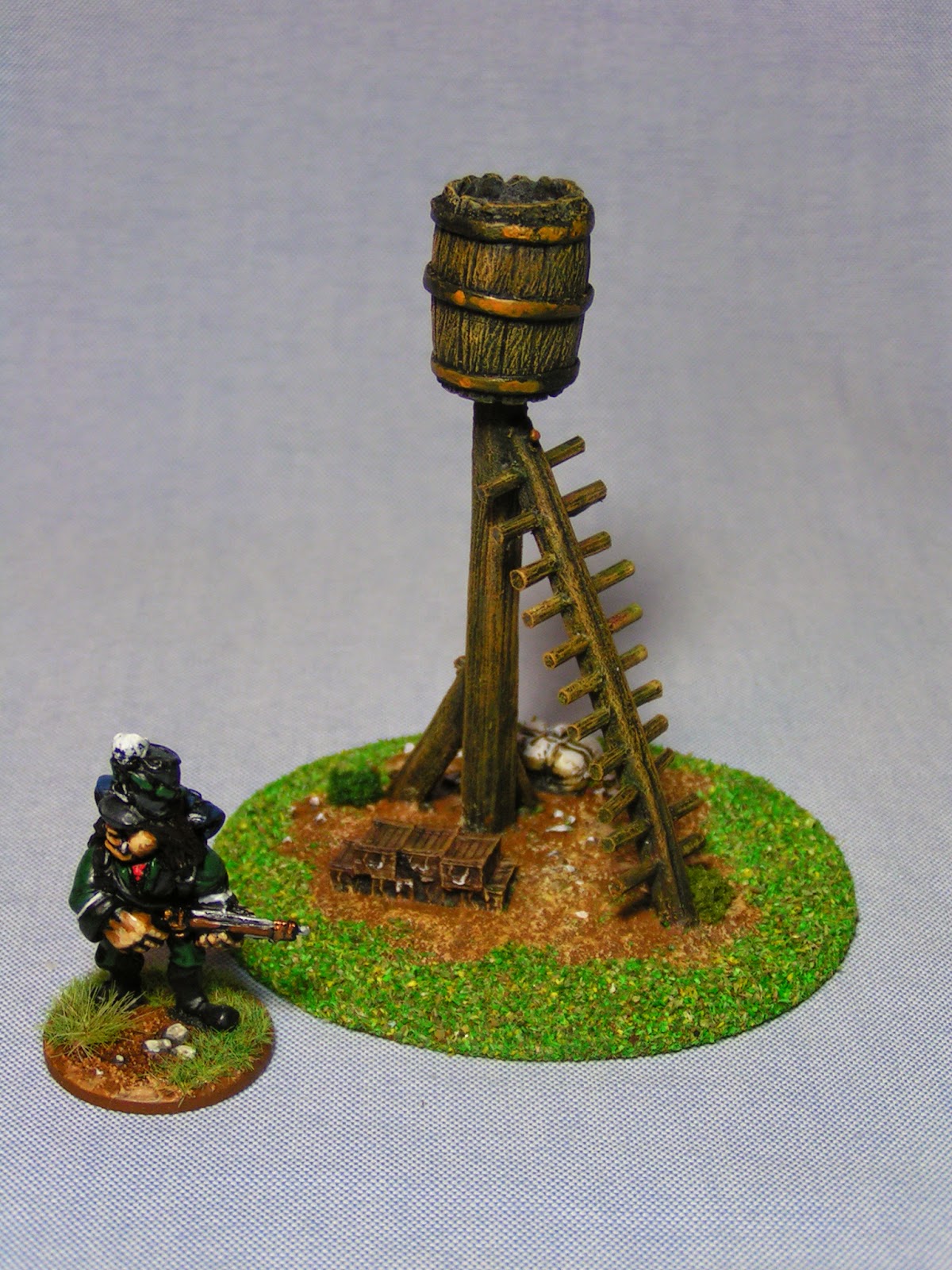 The finished model has already inspired a number of simple scenario ideas, capture the beacon, guard the beacon, even a Pax Bochemannica scenario with Del Boy trying to out wit the Noman Orcs.

I would recommend this small project as a great modelling interlude, but also as a fantastic scenario and game objective. I would have thought that similar beacons would have been used by Romans, Anglo Saxons, Napoleonic and even later. 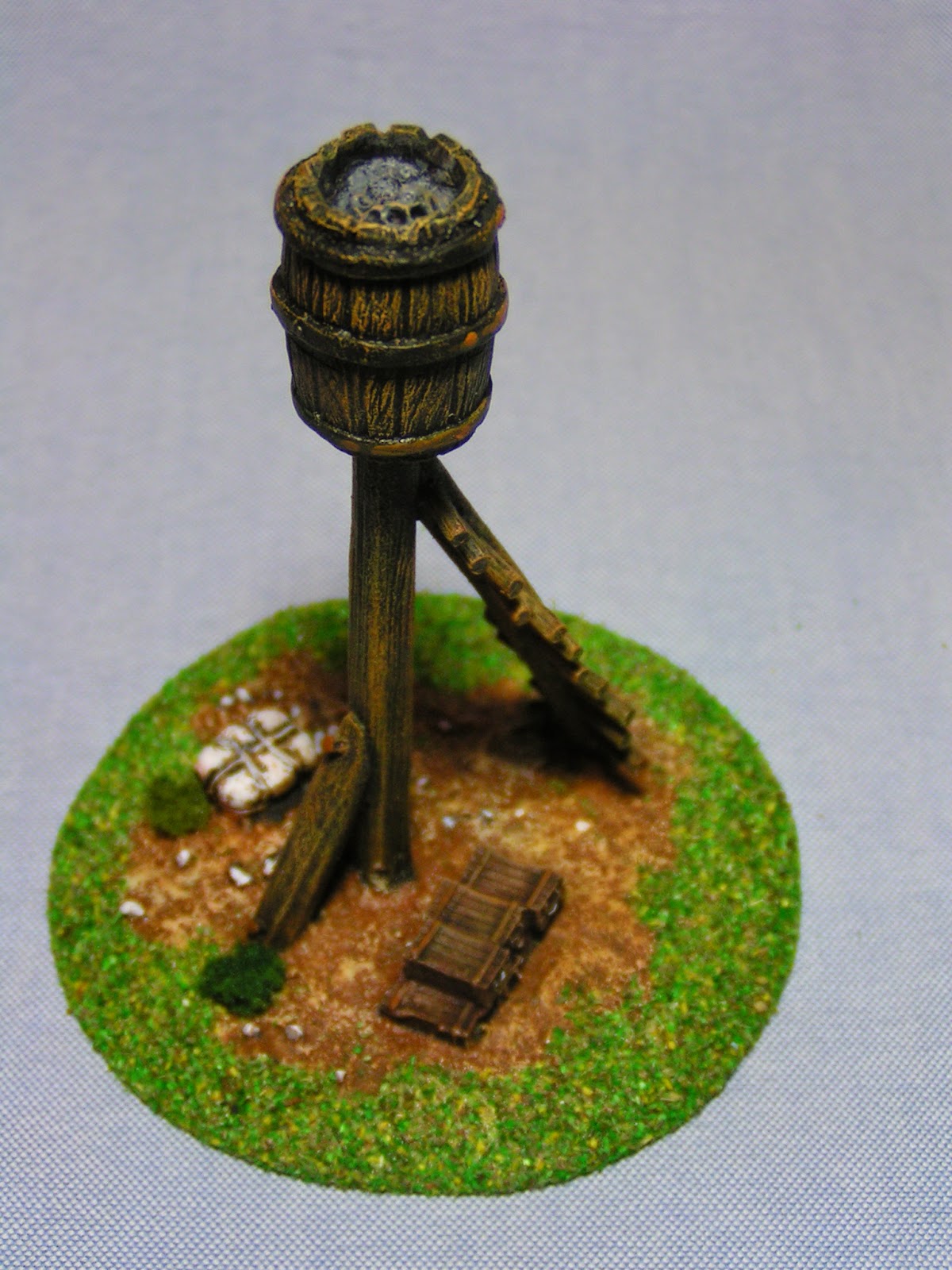 I love it, another one to try at a later date.

Thanks -- One of the Lasting Tales scenarios has you lighting a signal beacon! Guess I should see which barrel I can spare to make the beacon!