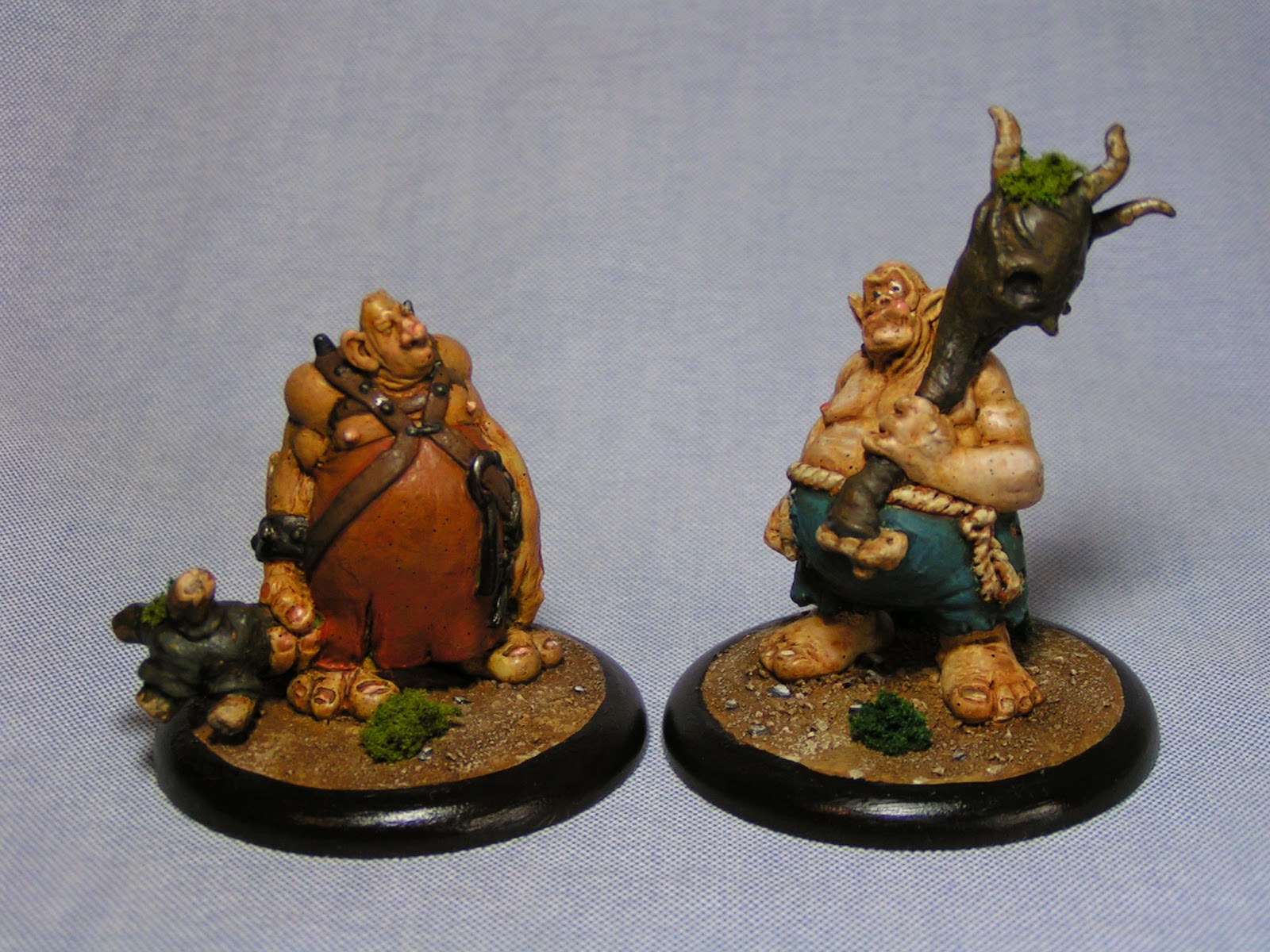 These are a couple of Pin-Head Ogres from the Monster in my Pocket miniature sets. I picked these up from one of the Pound Shops last year and they have been kept in my to-do box ever since. The figures are hard plastic figures that come with their own stats cards.

Photos Two and Three - The Ogre.

The model stands 38mm tall head to toe and is mounted on a 50mm round base. I have re-painted the figure in the same colours as the original. 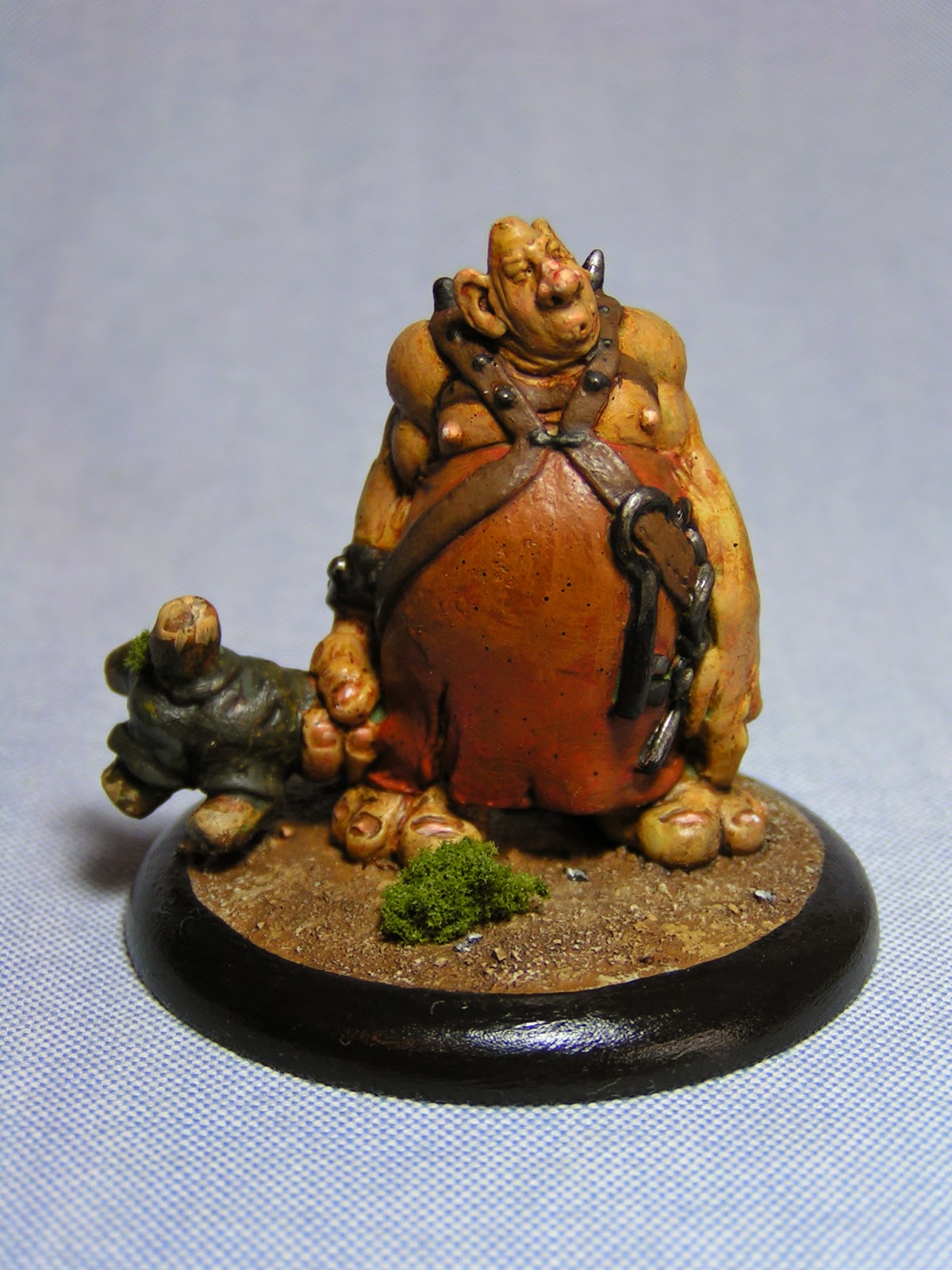 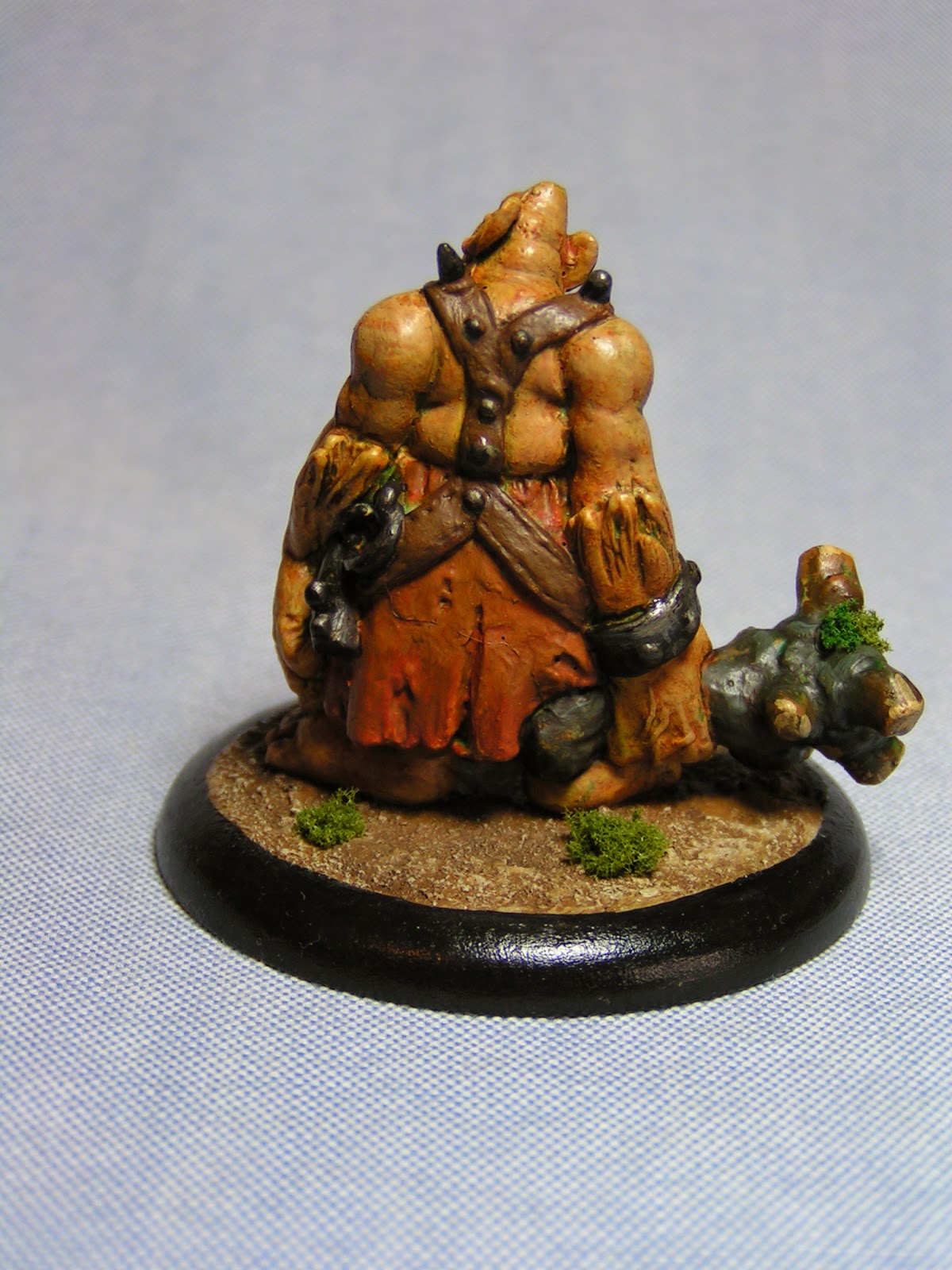 Photos Four and Five - Another re-paint, this time a Cyclops! But a Cyclops with two eyes?

This model stands 42mm tall head to toe and is again mounted on a 50mm round base. 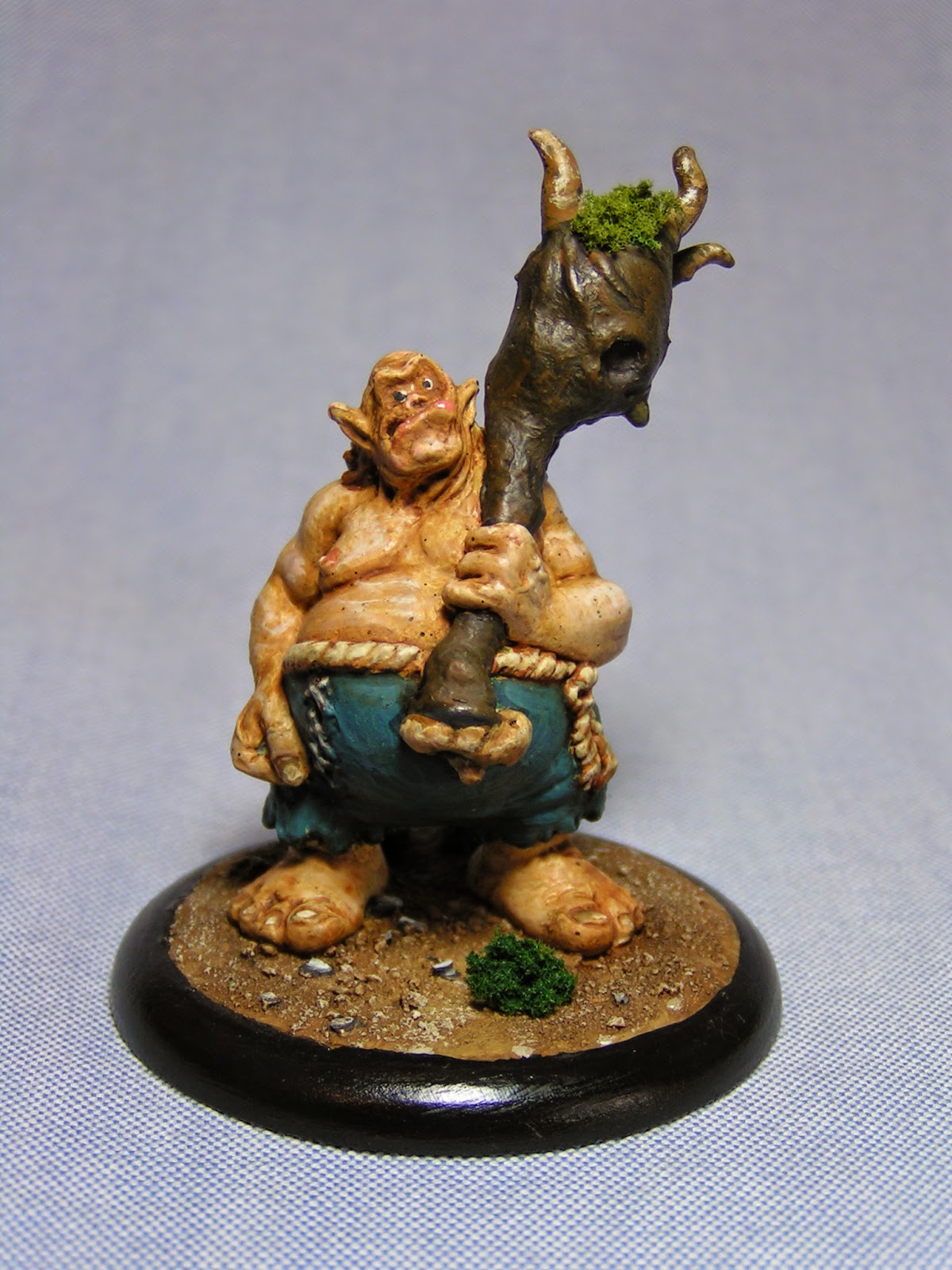 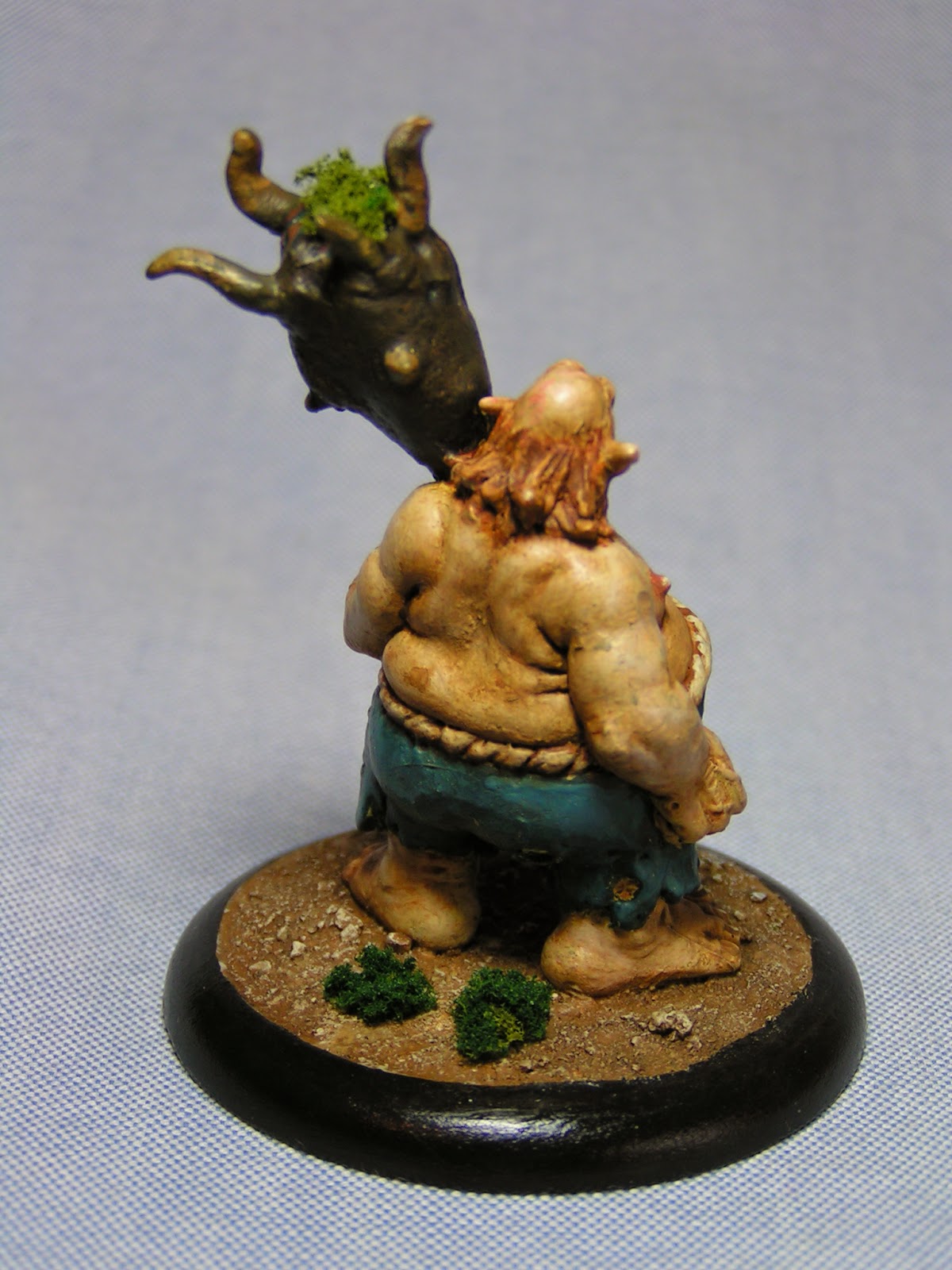 Both miniatures have been based, re-painted and varnished. I have no idea what I'll be doing with these two figures, but they were great fun to paint and given that they are cheap collectable figures - they are exceptionally well sculpted. I have a number of other Monster in my Pocket figures that were picked up at the same time, some have already been used as adversaries for my 40mm Flash Gordon collection.

Nice work on those Tony. They are quirky but also quite cool!