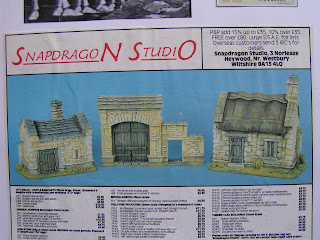 For some time I have tried to feature one of my own scratch-built terrain models as the first post of each month (I have enough of them!) For October I thought I would make a change and have instead featured resin models from the now closed company Snapdragon Studio (or Moondragon as it was later known).

The image above shows an advert offering some of their resin pieces, while the three images below show the individual models in greater detail. 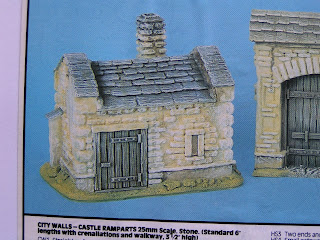 I think Snapdragon resin models were unique in that they were both full of beautifully sculpted detail and offered a 'fairy-tale' or fantasy look, the sort of terrain modelling that I appreciate. Regular readers and followers of the Blog will know of my love of building terrain models and these early Snapdragon castings have inspired many of my own models and influenced my sculpting/modelling style. 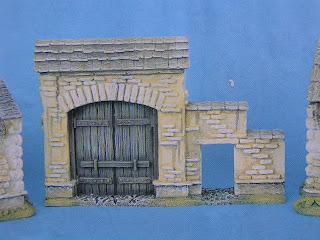 These models are no longer available and I am disappointing that I don't own any of them, I do however have a dedicated folder on the computer which includes these and many more Snapdragon resin models which I regularly refer to for inspiration. 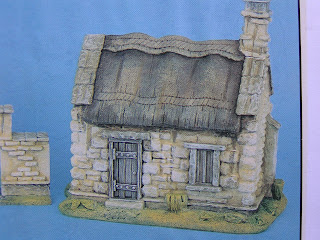 As stated earlier, the models are no longer available - the sculptor, Kerry Butcher stopped making his scenery around 2004, however they do occasionally come up for sale on e-bay and can be found adorning gaming tables across the country. If I ever see one at a show, you can guarantee that I train my camera on them.

I hope you have enjoyed this tribute to what are in my opinion some of the very best sculpted pieces of wargame terrain ever made.

He had a fantastic range of Pulp / Sci Fi flyer with a whole series of interchangeable parts. I last spoke to him at a Triples show (early 90s??) and he said he'd stopped making them due to copywrite issues....they were indeed straight out of 1899. No camera back then and no pictures anywhere. Still kicking myself now for not picking some up.

I think that all of us who remember these great pieces, regret that we didnt purchase more at the time (especially had we known that they've been unobtainable in the future).
I'm restricted to only having a couple of the 'hills with boulders & tree trunks' and the individual tree trunks.
Simon.

I really wish they were still available. Absolutely wonderful terrain.