Earlier this week I picked up a second-hand copy of Railway Modeller from May 2015 (Vol 66 No. 775). The magazine featured a narrow gauge model railway layout called Pike's Pits. The reason I was interested in this layout, scratch-built engine and wagons is that it was built to the scale of 12mm = 1 foot and running on 32mm (O Gauge) track representing the Isle of Purbeck 2 foot 8 inch narrow gauge railway. A perfect representation of the Furzebrock or Pike Bros ball clay tramway. 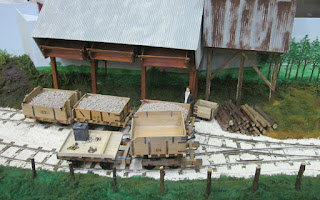 As well as having beautifully constructed motive power in the form of 'Quintus' a Manning Wardle 0-4-0 saddle tank and rollings stock constructed from strip wood. I was impressed with the attention to detail of the structures and landscape. It also made me realise that I'm not alone in wanting to re-gauge existing model railway - track gauge wheel sets and wagons to produce my own 1:27.7 or 11mm = 1 foot models featured on this Blog. 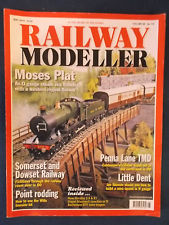 I have filed the magazine away under 'inspirational layouts' and would recommend anyone else (if indeed there is anyone out there following my own narrow gauge adventure) to search out the magazine and check out the models.