In earlier posts I have detailed how my latest Aeronef project is developing. An Aeronef alternative background where the Knights of St John and the Holy Roman Empire battle for control of the Mediterranean against the Ottoman Empire. Details of the Knights and one Ottoman Cruiser have already been posted. This post gives details of the latest set of models to be finished a group of four Papal States Aeronefs.
Photo One - shows the completed group of three Galleys and one Galleas. 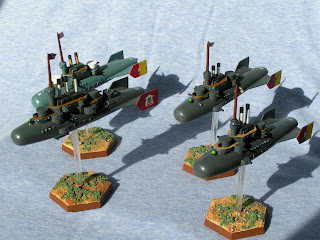 Photo Two through Five - the finished fleet, yet to be named, each showing a separate tail badge, noting the state that commissioned and manned the vessel. 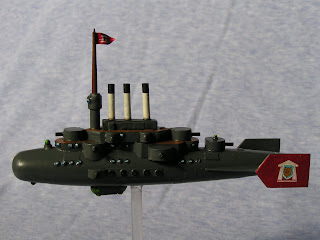 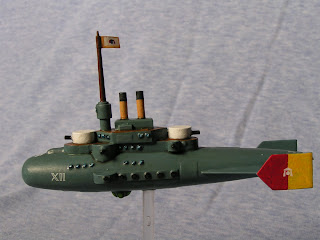 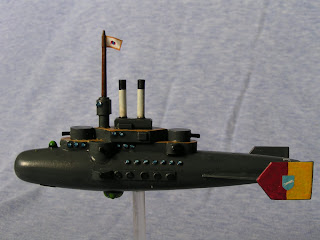 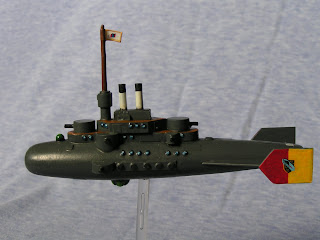 Photo Six and Seven show the completed models before being painted. The hulls are modelled from marker pen barrels and the superstructure is made from plastic card, knitting needles and cocktail sticks. The models are between 95mm - 110mm long. 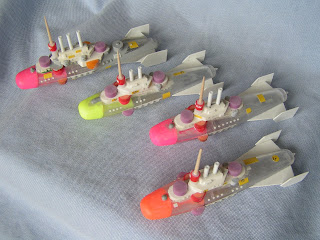 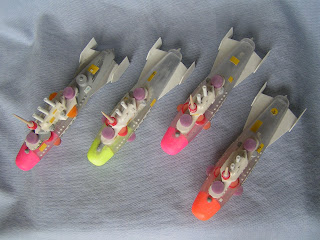 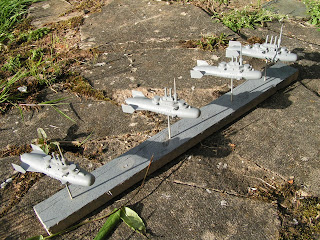 It's been quite a while since I up-dated this project, but am pleased to see the fleets growing. I must get around to modelling and painting some more Ottoman/Turkish Nefs soon.
Tony
Posted by Tony at 03:27