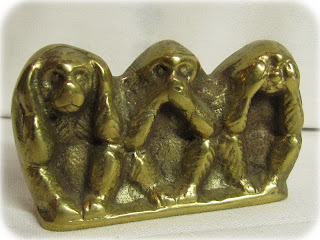 In weather that is hot enough to fry eggs on the pavement, I came across this.

In the heyday of sailing ships, all warships and many freighters carried iron cannons. Those cannons fired round iron cannon balls. It was necessary to keep a good supply near the cannon. However, how to prevent them from rolling about the deck? The best storage method devised was a square based pyramid with one ball on top, resting on four resting on nine, which rested on sixteen. Thus a supply of thirty cannon balls could be stacked in a small area right next to the cannon.

There was only one problem..... how to prevent the bottom layer from sliding or rolling from under the others. The solution was a metal plate called a 'Monkey' with sixteen round indentations. However if this plate was made of iron, the iron cannon balls would quickly rust to it. The solution to the rusting problem was to make 'Brass Monkeys'.

Few landlubbers realise that brass contracts much more and much faster than iron when chilled. Consequently, when the temperature dropped too far the brass indentations would shrink so much that the iron balls would come right off the monkey; Thus it was quite literally; 'Cold enough to freeze the balls off a brass monkey'.

Never knew that was where the phrase originated although I've used it often enough over the years.