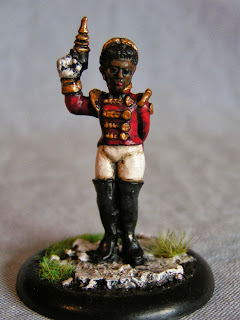 The latest Wednesday update is this converted 40mm Female Officer for my Flash Gordon collection.

Photo Two - Shows the finished figure from the back. 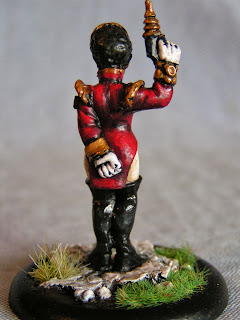 Photo Three - The base model is a Female officer from the Graven Images/Cliff Hanger range that was once available from Monolith Designs. I have modified the figure by removing 5mm from the middle section of the legs and filling the join with Milliput. The head is from another Jim Bowen 40mm figure - a resistance fighter and once again the join filled with Milliput.

I have used Green Stuff to add detail to the uniform and build up the tiara. The base is my usual 40mm round, lipped base with the groundwork built up from broken cork and Milliput. 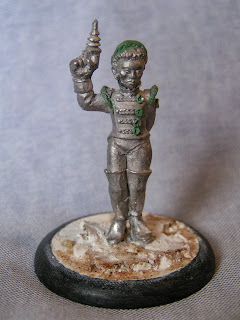 Photo Four -The converted figure is given a Black undercoat. 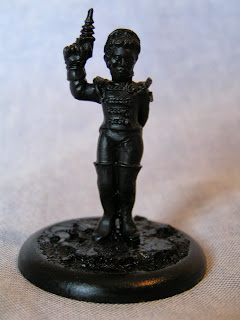 Photo Five - The finished conversion alongside a Graven Images Trooper. The uniform is painted in a dark Crimson colour, with Cream trousers and lots of Gold detail. 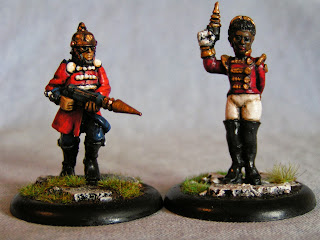 Photo Six - I have used a new Gloss Varnish for this model, my trusty Ronseal Toughcoat having finally given up the ghost. The new varnish is from Wilkinsons and is waterbased. I have Matt Varnished over the top with Galleria Matt Varnish prior to adding static grass. 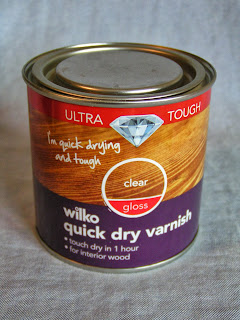 "Dispatch War Rocket AJAX - to bring back his Body!"

I just watched that again yesterday for the first time in years. Fun flick. Nice job on the minis.

What do you mean, "Flash Gordon approaching?"