Sue and I spent the whole day on Sunday 8th of November at Scale Model World, Telford. For anyone not familiar with the show, this is The International Plastic Modellers Society (UK) or IPMS Show; where IMPS Chapters from all over the world meet up in what is described as The Worlds Greatest (Largest) Model Show.

Over the next couple of weeks, I will posts some of the 325 images I took on the day, but for now here are a couple of 'tasters' to give you an idea of what to expect.....

The first two photos show two of the three main halls. These images were taken late on Sunday afternoon and were in truth a little quieter than they had been during the day. 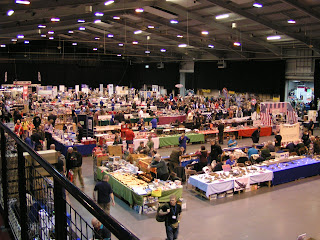 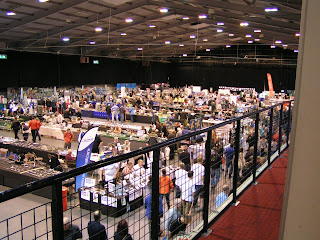 I have chosen four photos showing random stands, the first shows Sue admiring the NASA stand - don't tell Sue but of 325 images, this was the only one with her in it! 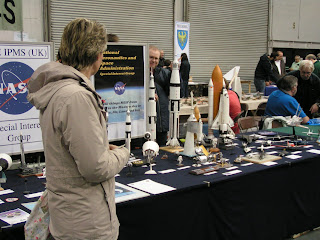 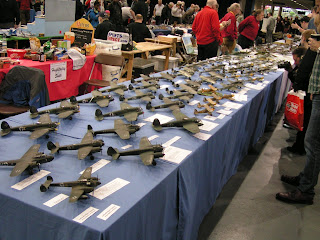 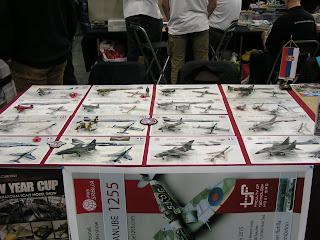 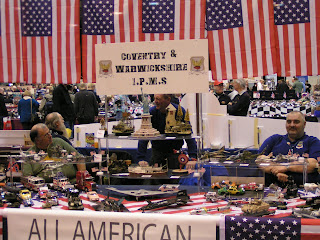 I came away with lots of magazines - there are always cheap bargains to be had - these second-hand mags cost between 25p and 50p each - lots of reading matter for the next couple of months!

The Airfix Magazine is included free in the Show Pack! 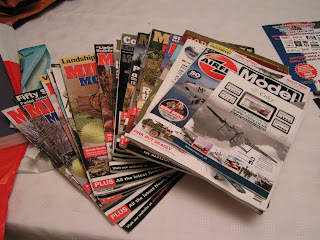 Here we have some of the free leaflets and guides that are available. I always pick them up as there is rarely a leaflet that doesn't have something of interest. 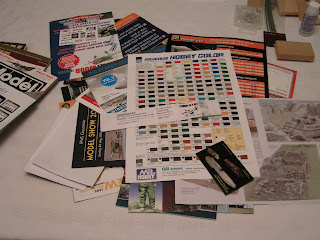 This image shows the guides or catalogues that are available to be picked up. 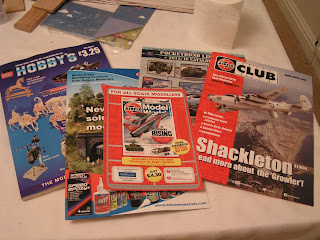 And this one a record of the bits I bought. Not a great deal, but all stuff that I know I will use. 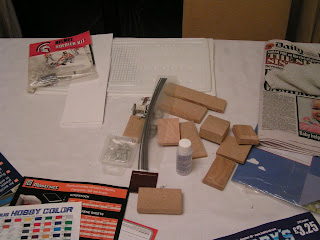 Finally for now the Souvenir Show Guide that gives details of the three main halls, the Kit Swap hall and the Competition room, which this year was upstairs.

IPMS Chapters from all around the world put on displays and lectures as wells as Special Interest Groups or SIG's. I cannot recommend this show enough - it literally has something for everyone.

I missed the show last year - the first time in many, many years believing that after so many years attending, I had seen everything. Firstly how wrong could I be and secondly, I really missed it! 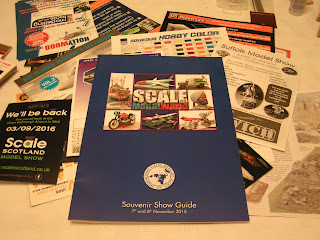 This year I attended as an IPMS member, having joined back in August. This meant that entrance for me was free. Sue had to queue! Membership entitles you to 4 IPMS magazines plus numerous discounts. So I thought it was worth it.