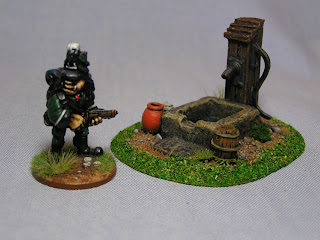 This scratch-built water pump and trough was constructed and painted at the same time as the Gnome Farm or Snail Walls (see earlier posts). It uses a metal casting of a water pump that was originally modelled by me some time ago and then cast in metal by Dave at Grand Manner. The trough was constructed from five pieces of Green Foam and based on an oval of 3mm thick plastic card, while the groundwork was built up from DAS modelling clay and further textured with sieved stones and sand. 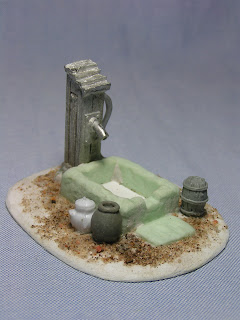 The model was undercoated with a black basecoat. 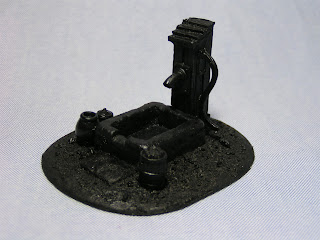 The stone trough was drybrushed with grey and the wooden parts with dark brown. 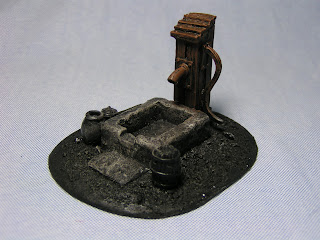 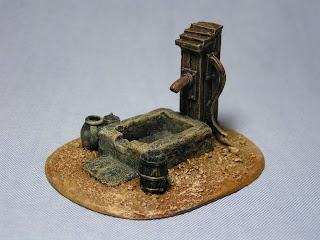 The items of clutter were painted in brighter, more vibrant colours to add interest and the base was further detailed. 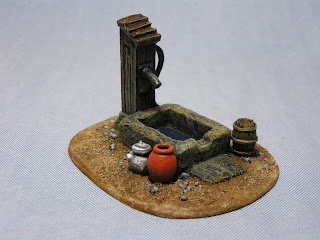 I have varnished the whole model with Galleria matt varnish, then gloss varnish for the water surface. 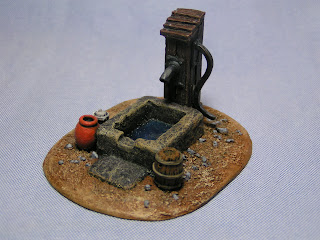 In this final image you can see the Gnome Farm Walls (available from Hysterical Games) and the trough with a Flintloque Rifleorc shown for scale. 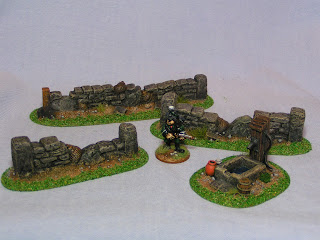