Headless Zombies another 'lost' article this time from 2011 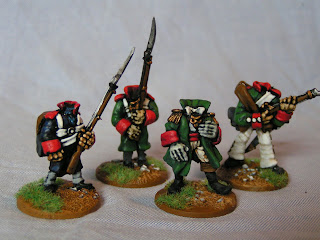 Headless Zombies – (how I built and painted them)

For full details of all three parts go to this link, this link and this link.

The story was initially intended for the Tales from the White Liar short story series, but as the idea grew I decided that I would expand it to a longer story and three linked gaming scenarios for Flintloque/Deadloque.

I suggested that Craig edited the story and gaming scenarios and then publish them for Halloween 2011 on Orcs in the Webbe which he agreed to do. In addition I decided that I would model a couple of Headless Zombies – both for my own amusement and to illustrate the Halloween Special. 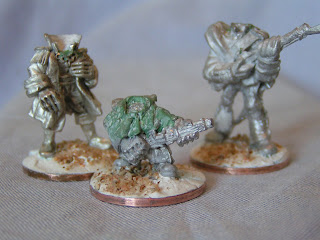 The operation was simple – just ‘Off with their Heads!’  Not quite.  I removed the heads from three Alternative Armies miniatures with a rasorsaw, then drilled out the necks with a Dremel and tidied up the collars with some Milliput. 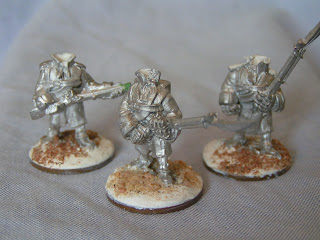 I have mounted my headless zombies on to 2p coins and built up the bases with more Milliput.  The groundwork was further textured with sieved sand over PVA glue. 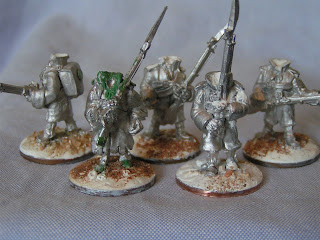 The initial three ‘test’ pieces soon increased to five and later eight. (I was on a roll). To include a Bog Orc, a Vampire and a Dwarf.


All eight have been modelled in exactly the same way, removing the existing heads, drilling out the necks and rebuilding the uniform collars. 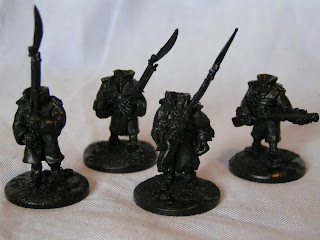 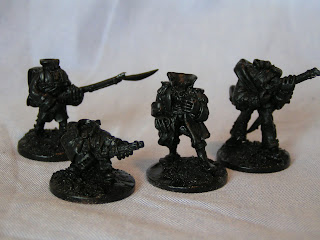 In keeping with my existing Undead figures all of these miniatures were painted over a black undercoat, first spray painted with cheap (£1.00 a can) spray paint and later touched-up with standard acrylic black paint and a large brush. 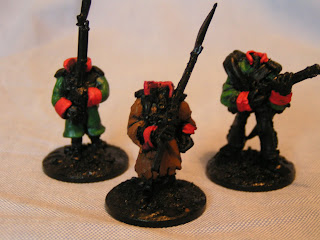 To add some variety – I have not painted the figures in the same uniform colours, preferring to paint most in dark blue coats, some in green uniforms and one in a ragged brown overcoat.  In addition you should also be able to see that I have varied the skin colours and tones to show different states of decay. 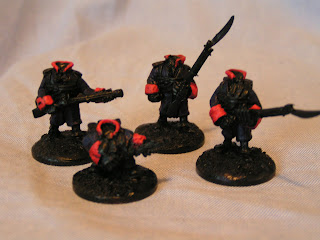 I have used acrylic paints from a number of different manufacturers in my usual painting style – a base colour and two or three lighter highlights. 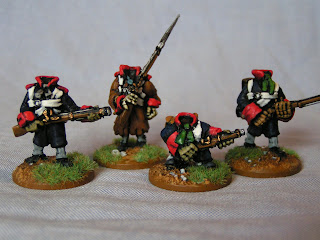 Finally the groundwork was painted and the figures varnished, first with Ronseal Gloss varnish and then with a couple of coats of Galleria Matt acrylic varnish before having the bases flocked.

For full details you really should read the background story and scenarios, after all who has ever heard of Headless Zombies! 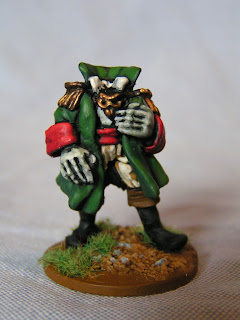 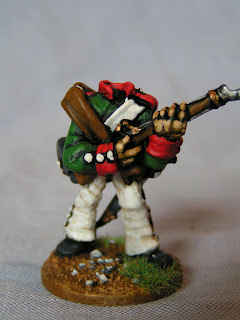 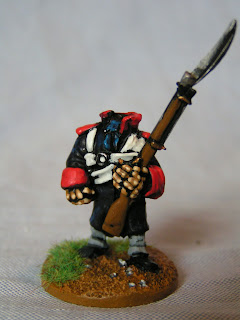 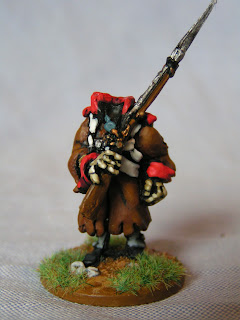