The Pumpkin Patch - part one construction 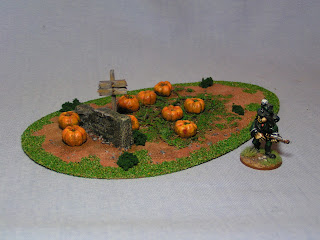 This latest On-Line Build shows how a chance purchase in a charity shop led to a new piece of Flintloque themed terrain.

The Pumpkin Patch part one the construction.

I saw this box of seeds for sale in a charity shop earlier this year and at just £1.00 for the whole box, I thought I could use some of the seeds to build a small piece of terrain. As the box sat on my computer desk, my daughter asked if I was going to build a pumpkin patch and just two days later I have finished it. 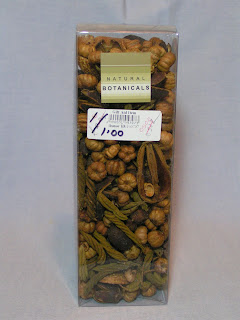 The image above shows the box of seeds - quite a few, in fact enough for a whole farm of pumpkins! 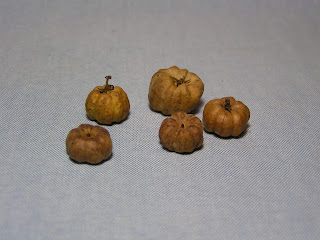 The seeds vary from 9mm to 20mm across and look just like miniature pumpkins. 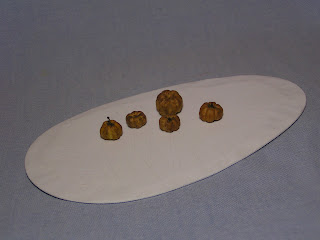 I cut out a base from 3mm thick plastic card and chamffered the edges with a snap-off bladed knife before sanding the edges smooth. I have also scored the surface, as I feel this gives a better 'key' for the DAS. 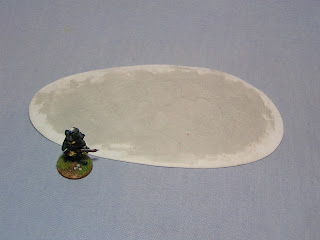 Next, I added DAS modelling clay which was added over dilute PVA glue. 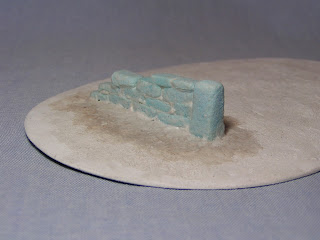 The small wall section was constructed from individual pieces of blue foam glued in place with superglue and then undercoated in acrylic matt medium mixed with some fine filler. This is the second attempt at a wall. I felt the first was too small. 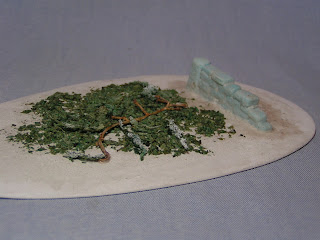 After doing some research on the internet, I saw that pumpkins grow over low shrubbery with thick stalks. I had some man-made hanging basket liner and using the smallest pieces, mixed it with PVA glue and spread it over the DAS. The stalk is a piece of grape stalk that I found in the fruit bowl. 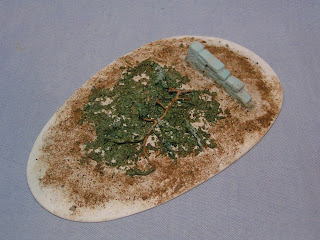 I textured the groundwork with sieved stones and sand, again applied over PVA glue. 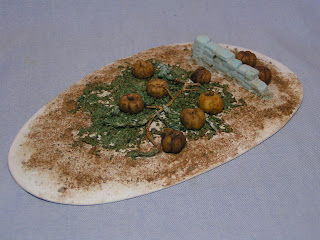 Finally, I added the pumpkins which were glued down with superglue. The base is 200mm x 120mm.

In part two I will show how I painted the Pumpkin Patch.

Your terrain is an inspiration! What seeds are these that look just like pumpkins? Great work!

"What seeds are these that look just like pumpkins?"

I'm sorry but I don'y know. There were no markings on the packaging.