These four comics were a lucky charity shop find. I am not familiar with the comic title, but at just 59p each I felt they were worth picking up and checking out. All four are from 1979 (thirty years old) and originally cost just 10p 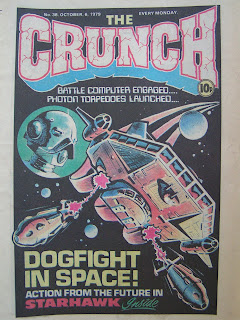 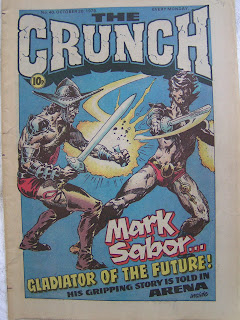 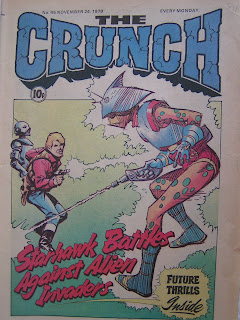 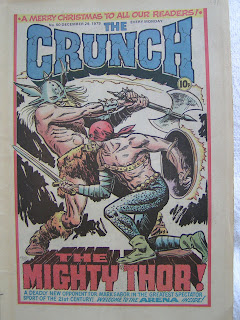 I've browsed through the Oct. 6th edition and can see some very good illustrations, that should result in modelling inspiration. The art work and style is similar to the action comics Commando, although The Crunch are Beano size comics rather than the smaller Commando size comics. One other point- that I found funny, the lady shop assistant did not know what I was talking about when I asked "how much are the comics?" It was not until she saw them - "Oh the Graphic Novels", that she was able to give a price!
Tony
Posted by Tony at 09:19

Graphic novels!! Thats such a recent term. None of us would have said that in 79.
I don't remember The Crunch - was it British?

The Graphic Novel term, made me smile.

The Crunch was British (D.C. Thompson & Co, which I think was the same publisher as Dandy), and an E-Bay search has brought up quite a few for sale.

I'll wait and see what I think of the comic after I have read it, but do not expect to buy any more.

You are not alone in not knowing this comic - It is new to me.

The futuristic gladiator Mark Sabor seems to ring a happy bell to me, although I too have never heard of The Crunch. I was however an avid reader of Warlord and Victor comics as a boy (both DC Thomson titles) so he may have been in one of those.