For the last couple of weeks I have been working on a couple of 'secret projects', the first is a very special model for my Brother-in-Law's 60th birthday, a miniature representing Rob's World of Warcraft character - Pharticus (see below). 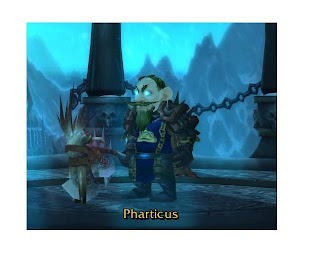 The base miniature was a 54mm dwarf from Jenash which I picked up on E-bay. The miniature has been extensively modified with Milliput and 'green stuff', then mounted on a custom base.. 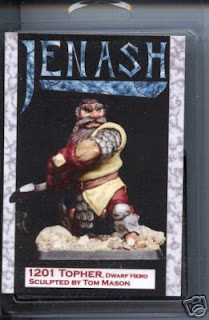 Here you can see three images of the finished Pharticus. 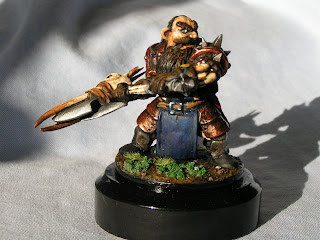 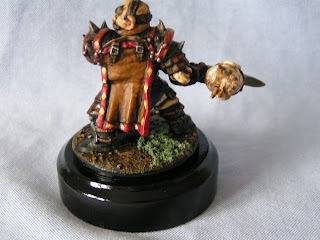 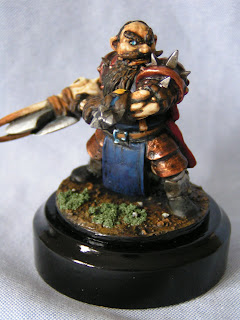 It was great fun to produce, particularly the skull axe head and painting the model as illustrated 'in-game'.

The reason that I have had to keep this project secret - is that Rob regularly reads my Blog!

How cool is that! I hope your Brother-in-law appreciates the effort.

Very nice work and a great personalized gift! Pharticus is a good name; it reminds me of something....

And awesome conversion and a wonderful gift.

Wicked kool conversion. Ya captured the Colossal Skull-Clad Cleaver very well i must say.
I don't see lil'Pharticus listed on the realms. No fun not to play the little guy.
You see Blizz's customer figure making process? You get to make your own fig, as shown on the Armory, but i don't recall the scale.