Soapbox. "Magazines - Is there just one for me?"

Here is a subject that I have been thinking about and brooding over for some time. "Is there one - yes just one magazine for me?"  One that satisfies all of my modelling interests and needs. The prompt for writting this post is another post on another Blog; "Why I stopped Buying Wargame Magazines", for full details go to this Blog.

I know that there are many publications that I read or more accurately browse but is there just one that I could claim as MY MAGAZINE; One that I just couldn't miss out on - not even one issue.....

As a very young boy I used to love looking through my Uncles model railway magazines - early issues of Railway Modeller, 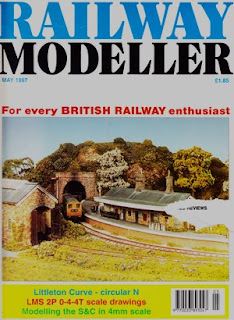 Airfix Magazine and even The Meccano Magazine that my Grandfather would buy. All of which I have such very fond memories of. 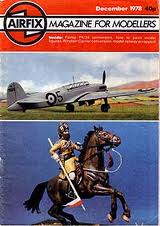 Later I picked up Military Modelling and even Battle (the sister magazine). Some of which I still own and continue to buy - particularly the Collectors Editions. 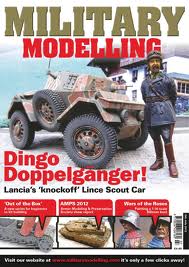 It will come as no surprise that White Dwarf was a magazine that I would actually look out for - buying the latest edition as soon as it hit the shelves of WHSmiths and reading it from cover-to-cover. However, I fell out of love with WD some time ago and even though I have a huge collection insulating the attic, the later editions do not appeal to me.

In a similar vein I have a collection of Fine Scale Modeller, another collection stored in the attic and even though I doubt I would part with them, I rarely if ever refer to them now.

Moving on there are a number of current magazines stocked by WHSmiths. I do occasionally pick them up but I tend to be very particular as to which ones I buy and then store relevant articles, tutorial and information in one of my many sketchbooks/reference books/files.

A good example of one that is no longer published is Practical Wargamer - this always had something of interest tucked away between the covers and a Fantasy.Sci-Fi column that I miss. 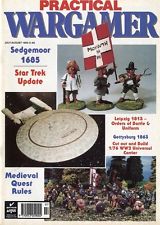 Then Miniature Wargames and Wargames Illustrated, which can sometimes yield some very good articles - but not always and I am very strict as to which issues I pick up. (See earlier posts).

As stated earlier there are a number no longer with us - Tradition, Red Giant, Fantasy Chronicles and Valkyrie. Of these past magazines the one that I used to enjoy reading the most was Harbinger - I own every paper published issue and even have some of the limited edition miniatures. At the time I was bitterly disappointed when production stopped, but looking back even this mag. has little of real interest for me today. 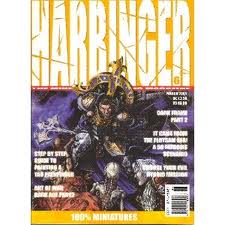 I even went through a period where I collected model railway magazines and have built two model railway layouts one of which has featured on this Blog.

Of these railway magazines two stick out as very good reads - Narrow Lines (the in-house magazine of the 7mm Narrow Gauge Railway Modelling Association) and an American magazine called Narrow Gauge and Shortline Gazette. Both worth checking out, for very differing reasons. 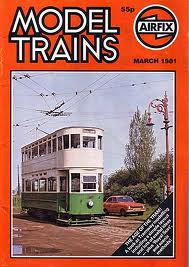 I think the most stylish magazine I ever came across was Cry Havoc from Rackhams Miniatures, but although a beautiful publication to look at - had very little content to keep me interested apart from the odd terrain building or figure painting tutorials which I still have. 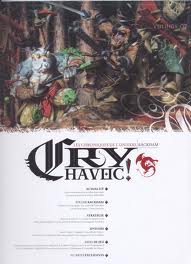 Then No Quarter from Privateer Press - a very well put-together magazine with some fantastic building and painting tutorials, however Warmachine is a game that I could never get-in-to and even this magazine lost its appeal for me. 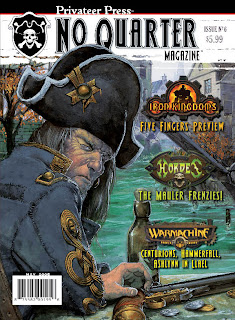 To counter the two magazines above, both beautifully crafted and produced - there is Ragnarok - the in-house black and white A5 publication from the SFSFW Association which is crammed full from cover-to-cover with interesting articles reviews and comment. I have many that I regularly read and re-read.

However, today a browse at the shelves of WHSmiths shows little to interest me, with many magazines charging in excess of £5.00 and having less that two articles or just a couple of pages to tempt or interest me.

Even On-Line Magazines are a little lightweight - and I still enjoy handling my magazines rather than seeing them on the computer screen, tablet or phone.

So which way forward?

How about a new magazine - The production values of Cry Havoc and No Quarter, The thought provoking comments and content of Ragnarok and the wide breadth of subject of the early White Dwarf issues or even Harbinger. The eye-candy of Wargames Illustrated and the in-depth modelling articles seen in Military Modeller and Fine Scale Modeller.

Anyone know of a magazine to fulfil all these criteria? Answers on a post card to.....

Seriously I want such a magazine -  and surely there are other who do too, let us hope that a publisher is listening.

You forgot Orcs in the Hills!

I think I am more interested by magazines which discuss periods I enjoy. I am a fantasy gamer, but the actual periods of fantasy are important to me too.

Getting the perfect magazine will never happen. For me, at the moment, I enjoy White Dwarf, AFV Modeller and Wargames Illustrated. Like you, I pick up Miniature Wargames when it tickles my fancy!

Ragnarok has always been a good one, I think that's because it is so irregular as a release though, relying on public entries for quite a niche proportion of the gaming market.

Maybe Maveryc will do a magazine like OITH, who knows...

Thanks for show these magazines, really interesting.

I note you didn't mention Wargames, Soldiers and Strategy (New Style TM ;-)). We do try (very hard) to combine high production values with interesting comment and, if nothing else, Guy Bowers and I are certainly open to comments, suggestions and even criticism! If WSS can be improved upon in any way, I want to know.

Likewise Battlegames -- hey, if Jasper can plug his own mag, so can I! ;-)

You can try any issue up to number 26 as a cheap PDF fownload from my blog http://henrys-wargaming.co.uk or more recent ones as a digital version (including a free app for your mobile or iPad) from the Atlantic Publishing site http://www.atlanticpublishers.com/

Issue 32 will be bagged with Miniature Wargames in WH Smiths in November as a free giveaway, then racked in its own right in January.

Go on, give it a try. If you liked Practical Wargamer, you'll like Battlegames.

I use new fangled technology wotsits to pick up on news feeds and RSS subscriptions to writers, blogs and websites I enjoy and get a custom made magazine for me on my full colour shiny tablet on a daily basis.

(you could technically print it out too like Universe Today newspaper in one of the Season Two9?) episodes of Baylon 5 ;) )