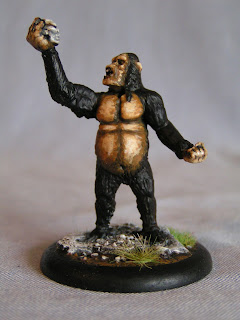 Another Wednesday, another 40mm figure. This time a Gorillaman for my Flash Gordon collection. The following three images show the miniature from different angles. The figure is a HeroClix DC Comics Gorilla Grood (157). I removed the plastic base from the 'clicky-base' with a large snap-off bladed knife and mounted him onto a 40mm lipped base. The groundwork has been built up with some broken cork and Milliput before being sprinkled with some sieved stones and fine sand.

The miniature and base were varnished with Galleria Matt Varnish before being decorated with static grass and a static grass tuft. 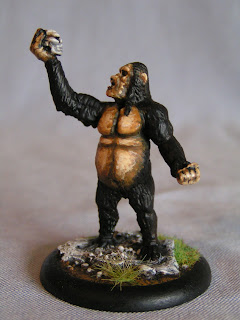 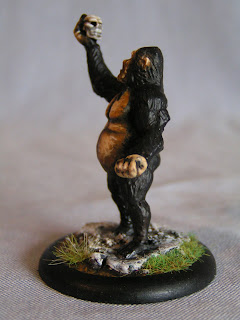 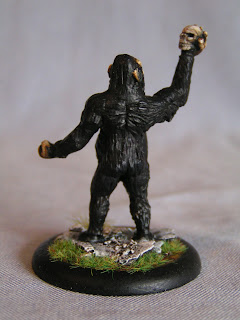 The miniature stands 44mm tall (head to toe) on a 40mm round base. The final image shows the Gorillaman alongside the rest of the 40mm Flash Gordon Simians in my collection. 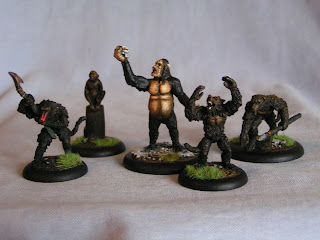 I always love the 40mm Flash Gordon material you post. Keep it up!

Great figure & super paintjob. Looks like this figure would fit my 28mm (prehistoric) collection well. I'm always on the search for apelike beings.

Really nice and I love the Shakespearean look to the sculpt as well.