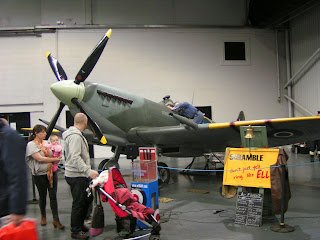 On Sunday 10th November I visited the IPMS Scale Model World show at Telford. This was the fifth or sixth year in a row that I had made the trek up to the international Centre, Telford.

I arrived about 10.30 and after paying my £10.00 entry fee went straight into the first hall that was set out with a huge display showing models and exhibits from the IPMS archive. 2013 was the 50th anniversary of the show.

There were two more halls to see, but before I moved on the Last Post was played at 11.00 with a sombre 2 minute silence which given the amount of people present was very well observed. Then on to browsing the stands and exhibits. I tend to walk around the outskirts of the main halls and then up and down the central aisles to make sure I see everything.

By 1.00 I had made my way into hall three and these 1:1 displays. I sat in the canteen area and had a light lunch before making my way back through the exhibition and at 3.00 spent another hour taking photos of the competition area.

I was back home in Droitwich by 5.00 after a long day out, fully satisfied that my £10.00 had been very well spent.

I did not spend that much at the show and was pleased to report back to Sue that there was still money in my wallet. When I was asked if I had taken many photos I replied, yes. However when loading them onto my upgraded (and NEW) computer I was a little surprised to see that I had in fact taken over 550 photos. Many of which will be posted here on this Blog in future updates. 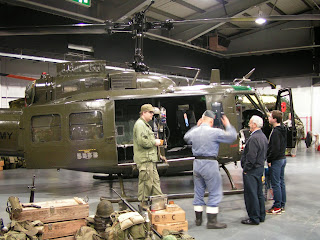 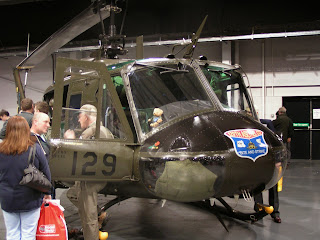 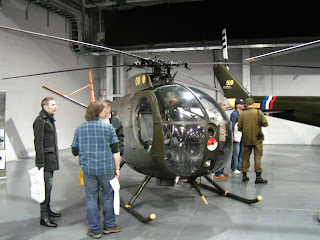 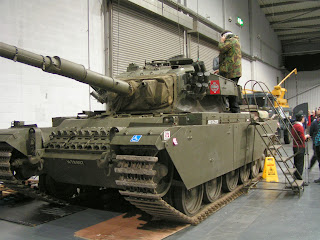 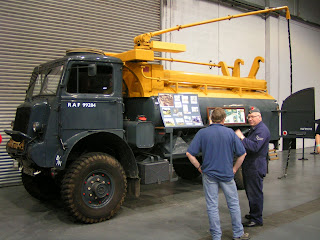 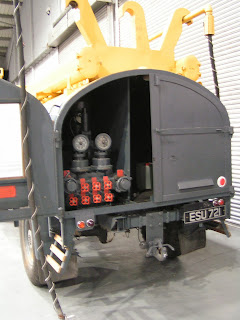 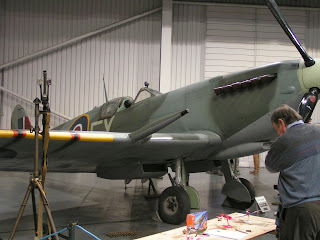 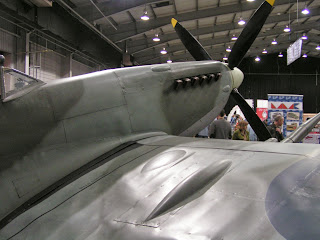 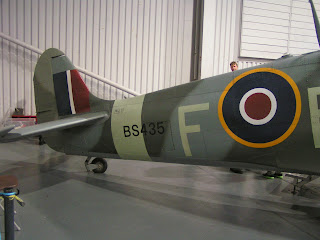 While browsing the stands, I overheard some exhibitors talking about the possibility of a Harrier (a fully operational Harrier) being the 1:1 highlight for next year. Now that will be something to see.

That particular Spitfire used to be available in a 1/48 Monogram kit for many a year. You know the kits with all those raised rivets.